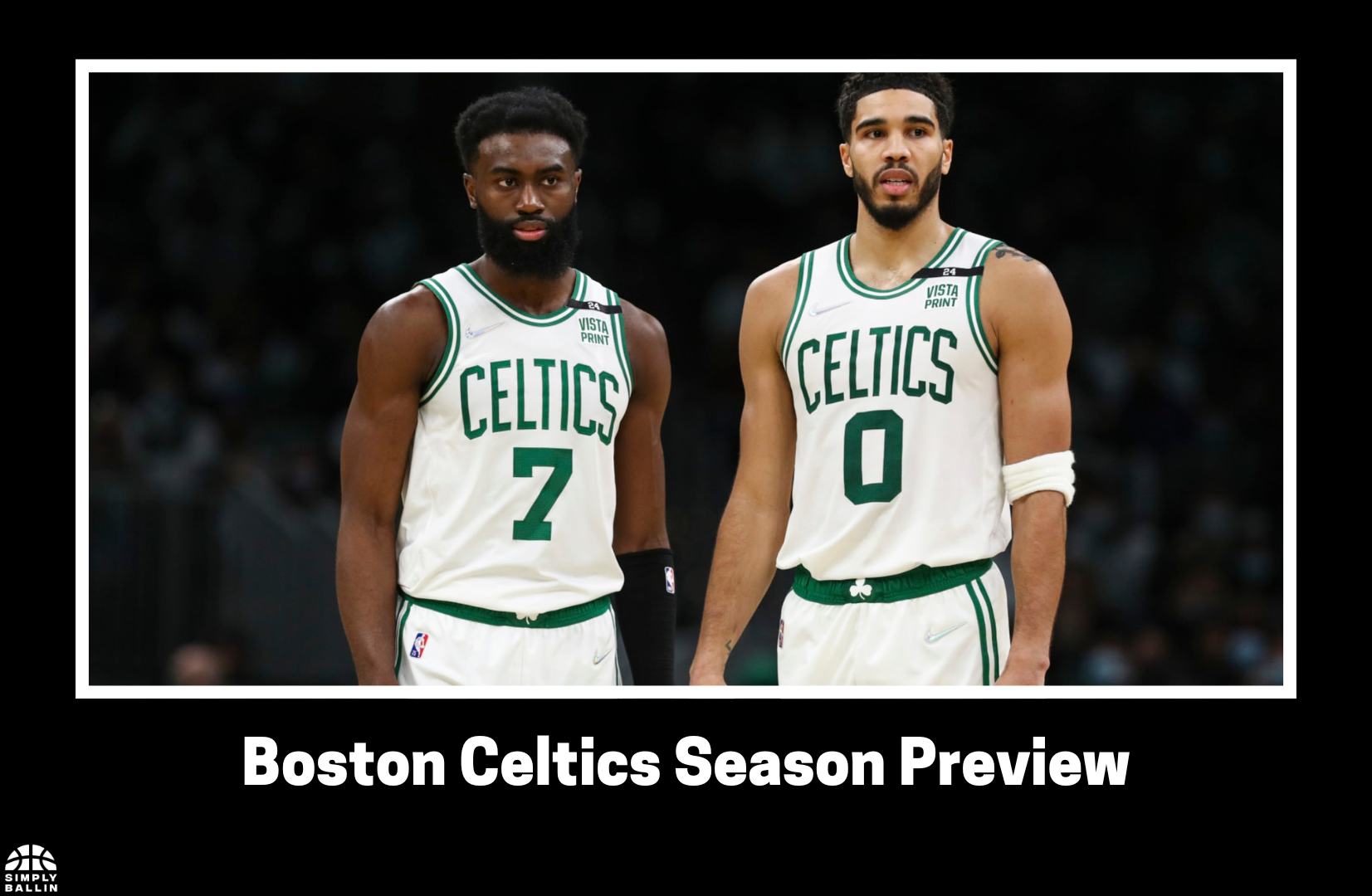 Don’t think anyone could have predicted before the start of the season that the Boston Celtics would’ve made the finals. Before the calendar year, the Celtics were 17-19 and clearly didn’t look like a team to be making a deep playoff push.

That, however, all changed rather quickly. Since January 1st, the Celtics were 1st in net rating, fifth on offense and had the best defense by a good margin. They were the best team in the regular-season going forward.

Part of the reason why the Celtics struggled to start the season was because of Jayson Tatum’s struggles. Before the calendar year, in 33 games, he averaged 25.6 points, 8.6 rebounds, and 3.6 assists on 53.1% true shooting.

Players start off cold. It happens. What matters is whether they can turn their season around and that’s exactly what he did in the last 43 games. To end the season, Tatum averaged 27.9 points, 7.5 rebounds, and 4.9 assists on a much, much better efficiency, 61.6% true shooting.

But as great as he was — and he was damn good, making his first All-NBA 1st team — this team was built on their defense. They changed how they used Robert Williams, where they have him play more as a free safety and wreak havoc as a help defender. With him on the court, the Celtics had a 104.4(96th) defense.

And it wasn’t just Williams doing his part. After trading for Derrick White, the Celtics were loaded with plus defenders top to bottom. Having White, Marcus Smart, Jaylen Brown, Tatum as your perimeter defenders then having Grant Williams, Williams, and Al Horford working the paint is ridiculous.

That’s what they focused on in the playoffs. Their defense played a big part in Kevin Durant having one of his worst series and sweeping the Brooklyn Nets. Don’t even get me started on the defensive battle in the conference finals against the Miami Heat.

Sadly, they weren’t able to take out the more experienced team, Golden State Warriors. Part of the reason for that was their lack of discipline, stagnant offense, and also tired legs played a big part, too.

Now, they did improve in the off-season. They traded for Malcolm Brogdon, who brings a lot that the Celtics need on offense. They also signed Danilo Gallinari, but unfortunately, he did get injured, so that’s something to monitor.

But their off-season could have took a different turn and it would have been very, very wild. Anytime you’re mentioned in legit rumours for Durant, then that’s something that must be considered. Trading for him could have changed everything for this team and the league. And if you want to know whether the Celtics should have traded for him, be sure to check this out.

It’s unfortunate to hear the news about Gallinari because the Celtics did address their needs this off-season and did get better. They added two quality pieces to improve their much needed depth.

Here’s a fun stat! Both Tatum and Brown played 900+ minutes. Tatum almost played almost 200 more minutes than Klay Thompson, Stephen Curry, and Andrew Wiggins — but only played 2 more games. That’s a lot of playing time over the course of the playoffs, and part of the reason for that was the lack of depth.

I like the Brogdon’s signing in particular. The Celtics needed someone who can drive and provide some rim pressure consistently. In the playoffs, there was a significant drop off in drives after Tatum, Brown, and Smart — Brogdon bridges that gap.

Per BBall-Index, amongst rotation guards, he ranked in the:

He was one of the best drivers in the league and that’s going to give the Celtics another weapon in the backcourt.

Tatum in his third deep playoff run (getting to the conference finals) had one of the better playoff runs and his best in his career. He averaged 23.6 points, 6.1 rebounds, and 5.7 assists on 56.2% true shooting per 75 possessions.

Despite his somewhat poor performance in the finals, his shooting slump from inside the arc, and his turnovers, one thing that did stood out was his improved passing.

But despite his struggles as a scorer, he continued to get that def attention, forced the def to blitz, collapse the def when he attacked

And as he has done so throughout the playoffs, he made some great reads to create for others pic.twitter.com/WrCb8yaH7J

It will be interesting to see his growth as a passer and continue to improve on his ability to create for others. That was something he lacked amongst the shot creators. Per BBI, amongst rotation shot creators, he ranked in the:

I wonder if they can sustain this level of defense for the entire season again. Although each situation is different, over the recent years, the best team on defense kind of took a step back the year after.

One player to watch out for is an aging Horford. He was key for the Celtics this season and was one of the most impactful players for them in the playoffs.

With Horford on the court, they had a 105.2(94th) defense and though it didn’t drop off when he was off the court, it was still three points worse. This was the same trend in the playoffs.

But heading into the season, the Celtics are contenders and their goal this season is competing for a championship. That will depend on the continued growth from Tatum and Brown, improving their offense, but still maintaining their league-best defense.