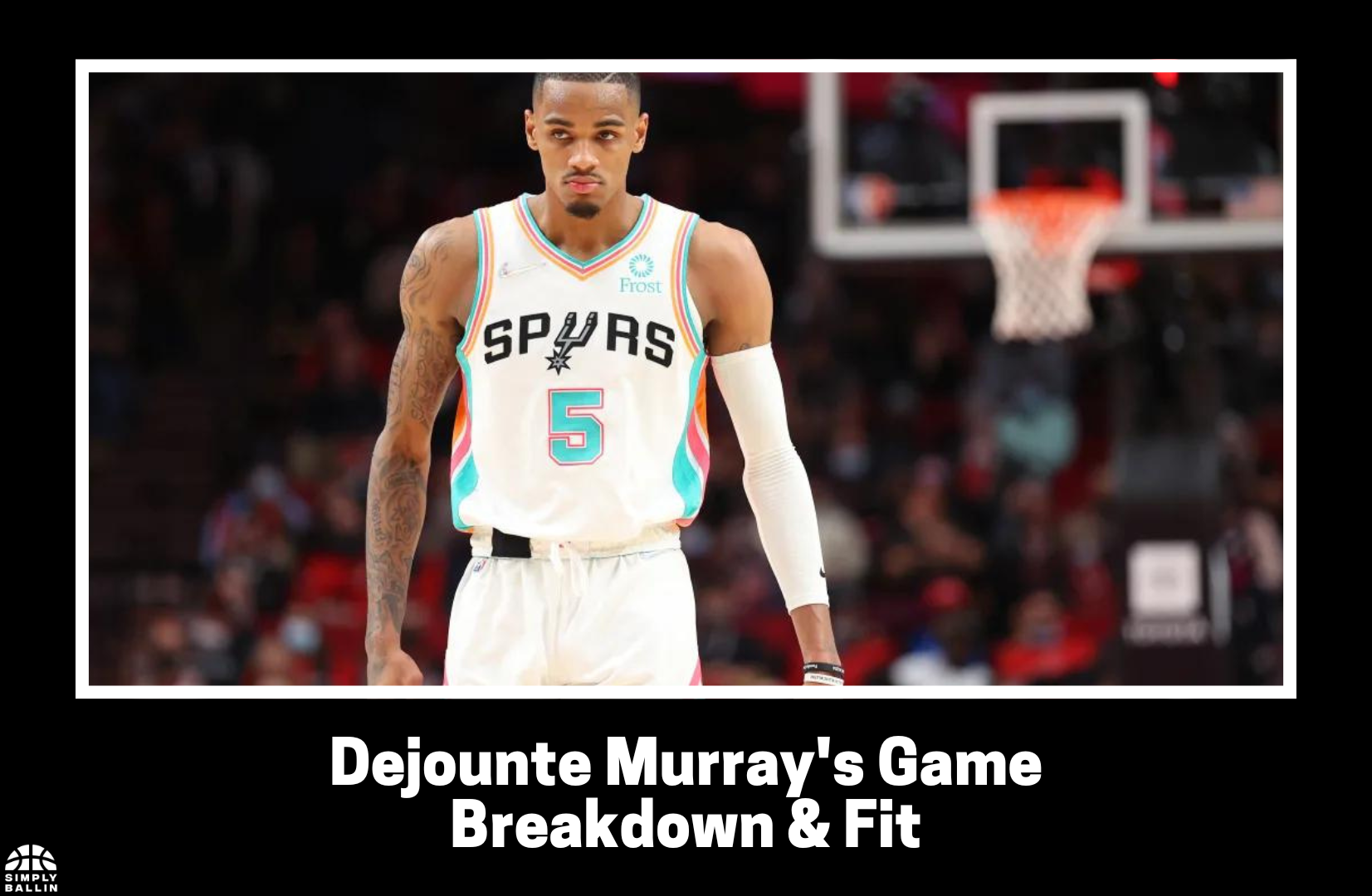 So, the San Antonio Spurs traded Dejounte Murray to the Atlanta Hawks for Danilo Galinari, 2023, 25, 27 first round pick, and 2026 pick swap.

That’s four first round picks; three of them fully unprotected. That’s a risky move for a player like Murray, but in this situation, the risk is warranted.

The Hawks get better now. They raise their floor and their ceiling right now. And Murray is still only 25-years-old, so there is some building for the future element.

That’s key. Sure, Murray alone may not be worth four first round picks but what if bringing him in means the Hawks are more successful and makes sure that Trae Young won’t ask out in the foreseeable future?

Take a look at Donovan Mitchell, who’s only been in the league one season longer than Young, but has consistently made the playoffs each year of his career and made the second round twice.

It’s also not like the Hawks had surrounded Young with some great talent so far and that’s where Murray comes in.

The Hawks offense without Young has been bad bad in the last three years. Per Cleaning the Glass, here’s the on/off difference for the Hawks in the last 3 years: 9.9, 12.7, 11.8 — on average the Hawks have been around 11 points better with Young on the court than when he sits.

This season, the Hawks had a 119.3 offense with Young on and 109.4 without. For reference that would be the best offense with him (7.0 points better than average) and 26th without him (2.9 points worse than average).

That’s where Murray is going to help a lot. Even with what the Spurs had, with Murray on the court, they had an above average offense. He is much capable of being a primary guy.

So, what will he bring and how will he fit with the Hawks and Young?

When it comes to the mid-range, Murray is HIM. Per BBall-Index, here are his ranks in some mid-range stats:

That kind of shot making inside the arc is so valuable to have, especially when you create those shots yourself.

This changes how the defense is able to guard him.

Because he's a poor 3pt shooter, the defense can go under his screens

Any time the def goes under & the big re-screens, it's too much space for Murray pic.twitter.com/lZiKX9BVka

He’s not a good 3pt shooter and he’s definitely not a threat to pull up from deep, which means defenses can and should go under his screens. But with his deadly mid-range game, it’s difficult to defend what comes next

The defender can go under once, sure, but when that re-screen comes and the defender chooses to go under again, then that’s all the space that he needs to pull up.

Take a look at the third clip. It’s a double screen for him, the defense switches the first screen and goes under the second one. But after he uses the 2nd one, he’s already inside the arc around that elbow area, so all Jakob Poeltl has to do is set another screen and it’s automatic for Murray.

Even without the re-screen, if the big sets a screen inside the arc, the defense simply can’t go under.

If the def decides to go over him and the big is in a drop, then that also means way too much space for him

A potential Collins/Capela PnR could be nice with him pic.twitter.com/0GAwqF90K0

If, however, the defense goes over and the big is in the drop, well, that’s also automatic.

But what I’ve noticed is he has some nasty moves that get him all the space he needs without the use of screens, too.

As mentioned before, he's 2nd in pull up creation

Any defender that isn't quick on their feet will not keep up with that move and recover to contest properly pic.twitter.com/bFasA2VdaN

His hesitation, followed by a deadly quick crossover seems to be his primary way of creating that space. And just looking at the clips above, he seems to like that wing/corner area.

If you look at the defenders that are guarding him, if he gets a switch with a bigger wing, it seems like his moves are too quick for them to keep up and contest the shot.

When he’s not using that move into a pull up, he also uses that hesitation to freeze defenders and burst to the rim.

It's good enough to freeze defenders for a second then he either can make that sudden cross into a pull up or just accelerate and burst to the rim pic.twitter.com/y9KEcYXege

This season, he ranked:

That is something the Hawks lacked outside of Young — Bogdan Bogdanovic averaged 8.2 drives and Kevin Huerter averaged 5.2.

The Hawks had barely anyone else who could get to the rim and finish well — Bogdanovic was in the 61st percentile in rim shot creation and 88nd in rim shot making.

Most come off a PnR where he's able to get the defender in jail pic.twitter.com/72ay0O4DQB

This rim pressure combined with his elite mid-range game is exactly what the Hawks need to spark their offense outside of Young.

I do have some questions when it comes to his playmaking and how he operates off a PnR.

The majority of his assists that come off a PnR are pocket passes to the roller:

I think he sometimes makes the read too quickly, makes the wrong read, tries to force it

Earlier in the season, if there was no pocket pass to the roll, it seems like the actions was negated quickly and he just passed it out pic.twitter.com/AA2xZYidFk

And although some are the correct reads, most feel like he either made the read too quickly or tried to force it. It seems these reads are pre-determined and he goes into a PnR with the focus of making that pass regardless.

Also, earlier in the season, if the pocket pass was unavailable or there was a tag on the roll, that action quickly got negated and it resulted in Murray picking up the ball for a simple kick out.

That’s not the end of the world, especially when they already have Young to carry more of that playmaking load.

Murray is still a damn good passer, as he ranks in the 99th percentile in passing efficiency.

1st clip, uses his scoring gravity to draw the defender in and makes a quick pass through a tight window

He's quick on those passes off drives and give and go pic.twitter.com/UzHMvrd2iP

The degree of difficulty on some of these reads is high and he makes them regularly. He can leverage his scoring gravity around that mid-range area to draw extra defenders to make a pass through a tight window.

The problem arises with how he makes those passes and what shots he generates. He ranks in the 35th percentile for passing versatility and 34th in passing creation quality, which checks out.

His passes are accurate, can make ones through tight windows, but the variation on his passes is quite limited. Like mentioned above, most of his PnR reads are pocket passes. And another point is, even when he makes the pocket pass to the roller, not all of those shots are of high quality.

Finally, I’ve noticed some concerns when it comes to his decision making and processing speed.

This could mean missing a guy at the rim, missed transition opportunity pic.twitter.com/3JNcoW78pD

There have been many instances where he takes a lot of time to realise that there is an open man under the rim or misses it entirely. This could occur off a PnR where he misses a roll or a missed opportunity in transition for a dunk.

The good news is, this is something he can develop with more reps, as he has shown the development throughout the season.

As for what he brings on the other end, well, he brings a lot. Here are some of his defensive stats:

His matchup difficulty is one of the highest, yet ranks in the top 10 in almost all defensive stats.

And when it comes to causing turnovers, man, he’s everywhere:

He has been consistently one of the better guys at playing the passing lanes and just knows when to go for that steal, or when to help from behind like in the first clip pic.twitter.com/qrek6tRcUB

No passes are safe with him around, as he knows when to time his jumps and when to help.

But what also stood out was how he blows up actions:

Another thing that stood out is how he blows up DHOs with his ability to just get inside and poke the ball loose pic.twitter.com/iMkVB9svyc

Many of his steals come as a result of him getting in the way and poking the ball loose during a handoff.

All those steals mean more opportunities in transition.

This type of defense is exactly what the Hawks need, as they ranked in the:

These are all areas Murray will improve, especially when here he won’t have to be the number one guy on offense.

The question lies with the fit alongside Young. I don’t think there many questions as to the overall fit when you consider his fit without Young.

He hasn’t been a reliable shooting threat from the outside, nor does he average a lot of cuts, so what is his role going to be playing off of Young?

When looking at the players he played with this year, none of the primary or secondary ball handler: Tre Jones, Tomas Satoransky, Derrick White, Lonnie Walker came close to the type of usage that he will be seeing with Young.

It should be noted that Young also isn’t the greatest player off the ball, so it will be interesting to see how they build the offense around those two.

But overall, I like this move for the Hawks. It gives them the much need scoring boost other than Young, as it was clear from the Heat series that they severely lacked that offensive presence.

It was a risky, bold move, but it’s a risk they had to make to show that they are willing to keep making this team better around Young. 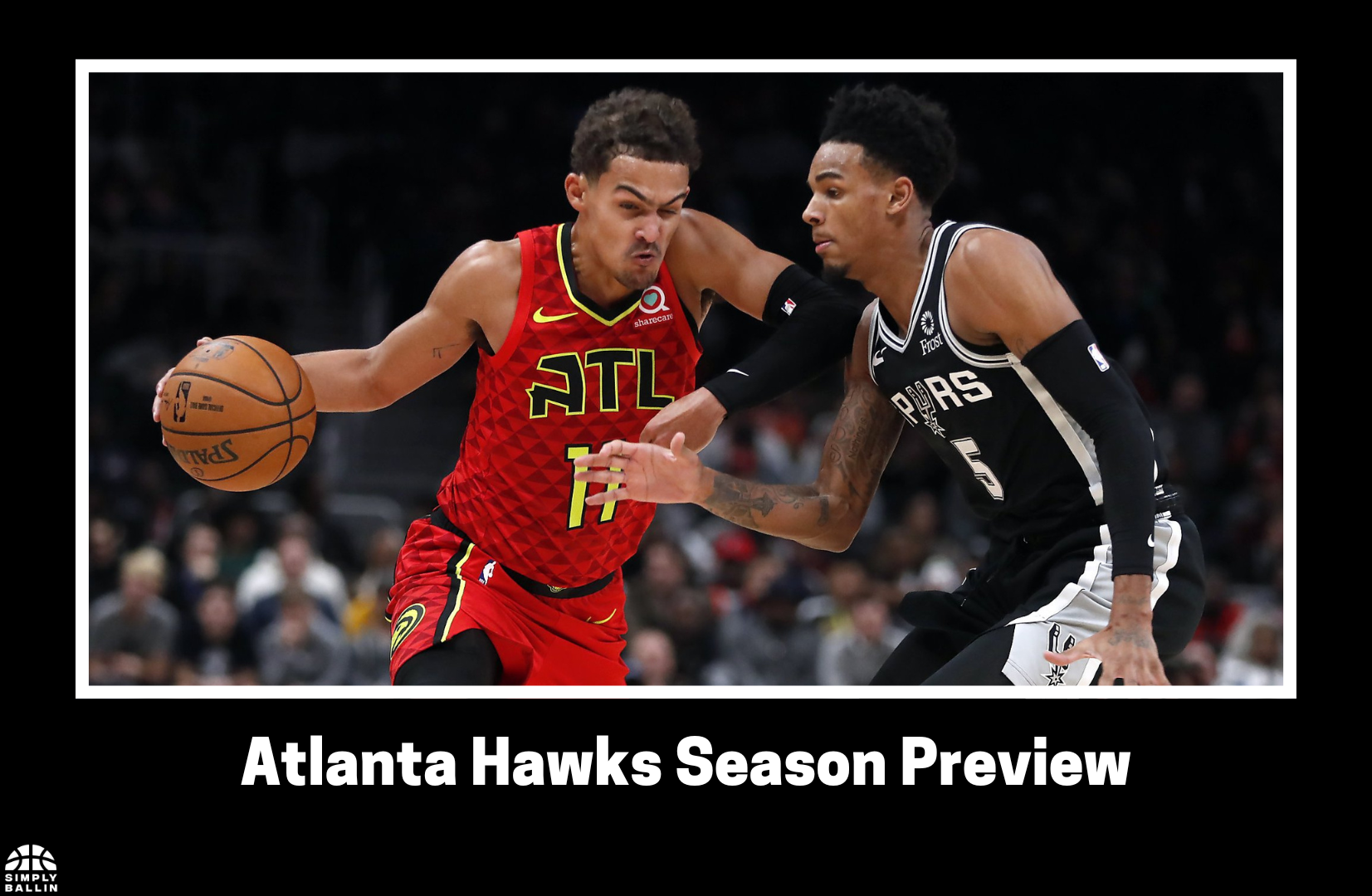