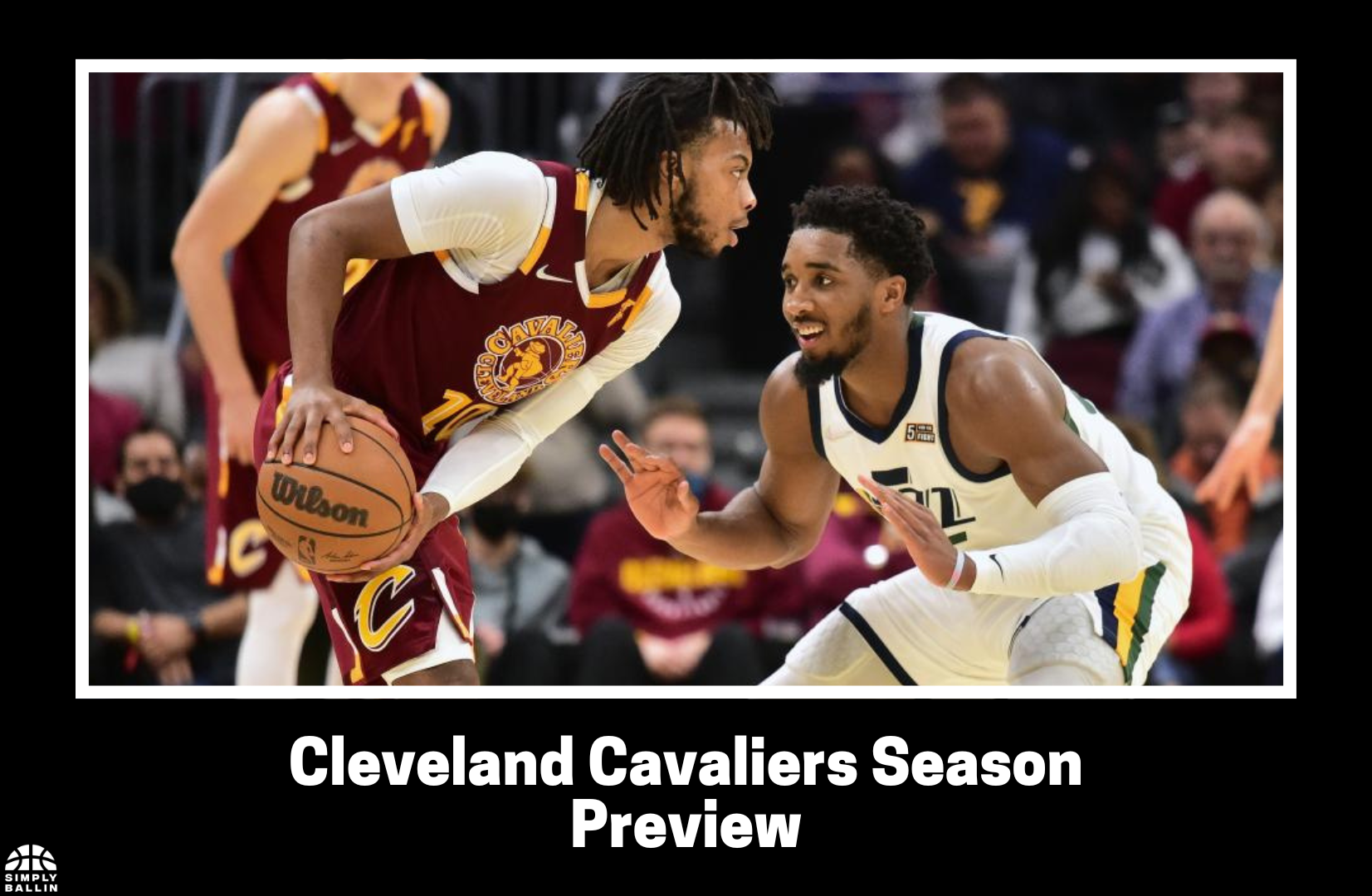 It’s been a while since the Cleveland Cavaliers had a winning season without LeBron James — 1998 season was the last time they finished with at least 40 games.

The kind of improvement they’ve made in one season was remarkable. Per Cleaning the Glass, they made a jump from having a minus 8.6 net rating to plus 1.9! That’s more than a 10 point swing and because of it, they doubled their wins.

They’ve shown that they are no longer a sub 20 win team looking to secure the number one pick.

And there were many, many interesting reasons for that success.

We’ve seen Darius Garland take a leap across the board and make his first All-Star appearance. He has shown that he is one of the better offensive guards, especially at this age.

But I think Evan Mobley’s rookie season was the standout this season. How many times do you see a rookie big come in and immediately impact the game the way Mobley did, especially on defense?

Although he was voted as a forward, he already was ranked first amongst other forwards that received votes. That kind of impact is one you don’t see as a rookie.

But Mobley was just one half of what made the Cavaliers so good on defense. Jarrett Allen was a big reason why they were this good and he brought much impact on both ends of the floor.

The Cavaliers also experimented with a few lineups and ended up playing three seven-footers, which was a big success, particularly on defense. With Mobley, Allen, and Lauri Markkanen, they were plus 7.4+ with a 110.6 offense(37th) and a crazy 103.2 defense(97th).

And if you want to look at other lineups with smaller sample size, they have two 5-man lineups with at least 100 possessions that had a defensive lower than 95!

Unfortunately, they just had to get with injuries. From missing Collin Sexton for pretty much the whole season, Ricky Rubio missing over half the season to missing Allen for 26 games — as well, as Garland, Mobley, and Markkanen missing a combined 48 games.

It’s a shame, though. Fully healthy they could have easily made a push for the sixth seed, which that alone would have been a great success this season.

In the off-season, they didn’t play around. Most of the time, you see young teams go with the flow, allow the team to grow and develop, and be patient. Well, the Cavaliers clearly didn’t want to be patient.

They took a swing, mortgaged their future, and went ahead to trade for Donovan Mitchell. And now, they are all-in on this core for the next couple of years.

Mitchell is an All-NBA calibre player, one of the better playoff performers, and now we’ll see him with a different team for the first time in his career.

We know what we’re going to get from Mitchell on the ball. He was one of the better drivers to the rim, shot creators, pull-up threats and a solid passer to create for others.

Per BBall-Index, amongst 124 rotation guards this year, he ranked in the:

He’s an elite 3-level scorer that will certainly improve any offense. Per PBP, in the past three regular seasons, the Jazz had a 117.1 offensive rating in 6401 minutes with him on the court — this number jumps to 120.8 in the playoffs.

But his off-ball scoring and playmaking stats are interesting, particularly compared to other ball handlers.

Per BBI, he ranked in the:

His off-ball stats will have to improve. He has played with another ball handler in Mike Conley, but to make himself more valuable and effective on offense, he needs to add more to his game.

And he should add more to his off-ball game because he will have to play more in that role. He hasn’t played with another ball handler that had the season Garland had.

Conley was solid. He was an All-Star, but this was past-his-prime Conley. Garland had a great season and will only get better.

He also graded out pretty well in all offensive stats. Per BBI, amongst 124 rotation guards, he ranked in the:

And his passing stats amongst primary ball handlers, sheesh! — ranked in the 90th percentile or above in all passing stats. You want the ball in his hands, too.

So, it will be interesting to see how that duo will make it work. Who will handle the ball more? What kind of off-ball actions will they try to implement? How will they make the small backcourt work on defense?

Luckily, they have Mobley and Allen to take care of that.

Mobley is going to be huge this season. He was already one of the better defenders in his rookie season — ranked ninth overall in D-LEBRON and when diving further, there were only 13 other bigs that had Mobley’s interior defense stats or better.

And his perimeter defense was also impressive. Per BBI, amongst 47 rotation bigs, he ranked in the:

The defensive concerns should be somewhat easier to manage when there are two elite defenders in the paint and are capable of being versatile.

Staying on Mobley, he has shown flashes on offense and that will be an interesting development in his sophomore year. Will he expand his range? Tighten up the handle? Add more versatility in his shot creation?

This core is going to be solid — an All-NBA calibre talent as your primary shot creator in Mitchell, an All-Star calibre second option and a solid on-ball creator in Garland, a young center with high potential on both ends of the floor in Mobley, and a solid big in Allen.

I wonder who’s going to be their fifth guy, though. Is it Isaac Okoro, who struggles on offense? Is it Dean Wade? Caris LeVert?

I think that’s where they come up short — their wing depth.

Regardless, this team has significantly improved and will certainly be in the mix for a top-6 or even top-4 seed in the East.