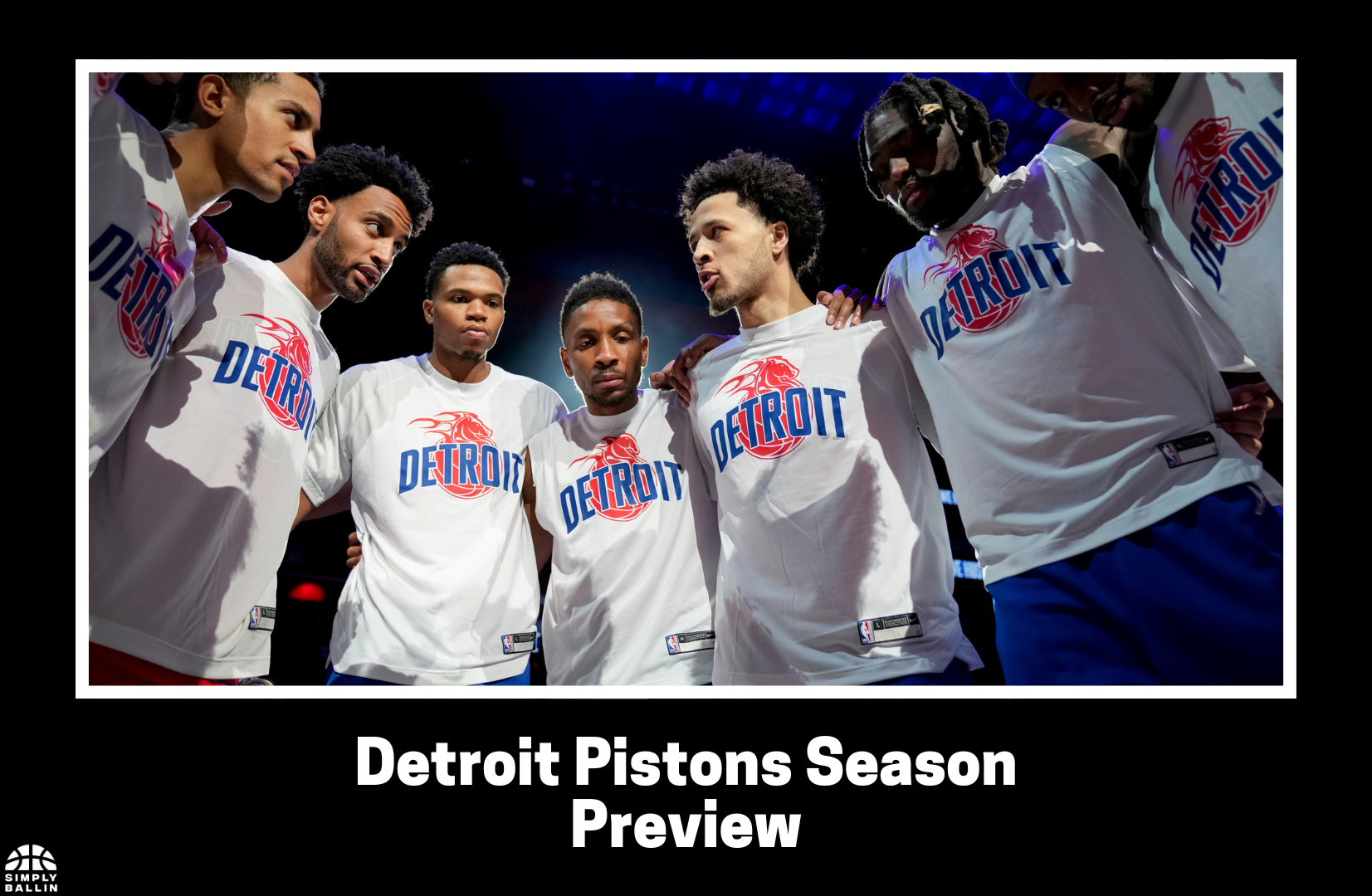 For the third straight year, the Detroit Pistons couldn’t crack 25 wins, but I would say this is the first time in their rebuild stage where they have a core and a direction.

I looked at their roster following their last playoff appearance — which was also their worst win percentage since 1994 — and that team was not only bad in the present, but would have been bad for the foreseeable future.

Their core players included Andre Drummond, Tony Snell, Bruce Brown, Langston Galloway, Christian Wood, Derrick Rose, and Markieff Morris. They had no good young guys, nor did they even play their young guys.

Fast forward to this season, and despite only winning three more games, they have many great young talent on the roster — which includes Saddiq Bey, Hamidou Diallo, Isaiah Stewart, Killian Hayes, and Isaiah Livers.

And leading the group is Cade Cunningham, who some argue should have won rookie of the year. Although he may not have had the most efficient, high scoring, high impactful season and was prone to turnovers, he’s still part of the future — and a bright one at that.

He had a rough start, too — pre All-Star, he averaged 15.7 points, 5.5 rebounds, and 5.2 assists on 48.9% true shooting. That is underwhelming for the number one pick. On the bright side, his post All-Star performance was significantly better — increasing his points by almost six points and jumping to 53.1% true shooting.

They also made a trade for Marvin Bagley, who hasn’t had the start to his career as some may have wanted. But in the 18 games he played with the Pistons, he had one of the better production of his career and on career-best efficiency.

In the off-season, the Pistons made some moves, were involved in some trades and got two rookies too add some athleticism. They’ve drafted Jaden Ivey to start alongside Cunningham and Jalen Duren to potentially be their starting big.

They also acquired Kemba Walker (though he is going to be released), Alec Burks, and Nerlens Noel — and those two should get some playing time. Burks will provide shooting as a spot up shooter and off the dribble, as well as provide some secondary ball handling. Whereas Noel should provide some offense through his putbacks and getting offensive boards, and some rim protection.

After finishing the season strong, it will be interesting to see the growth from Cunningham. With this team improving its weapons and being more suited for him, there is potential for a significant leap. Jackson Frank went through he could have a breakout second season in detail and the key was the much improved surrounding cast.

We’ve already seen this season simply because of the addition of Kelly Olynyk. Per PBP Stats, Cunningham had a 58.5% true shooting with Olynyk on the floor and a 49.2% without. His rim frequency and efficiency also went up by a good margin — 7.7% better rim FG%. This trend is also similar with Bagley.

This clearly shows how little improvements in spacing and a vertical threat where the defense has to focus on the big affects Cunningham’s ability to get to and finish at the rim.

But despite all of that, per BBall-Index, amongst rotation guards, he still ranked in the:

This raises the question who are the bigs that are going to start. Detroit Bad Boys, part of the SB Nation, had a series on Who’s the 4, which goes through all the potential options. There’s of course, Bagley, Olynyk, Bey, Livers, and Stewart. There are plenty of options that all bring something different and all have their positives and negatives.

For one, I like what Olynyk brings with his spacing, his playmaking, and being pretty decent defensively. Amongst rotation bigs, he ranked in the:

Though he did have a down year when it comes to his shooting, but was still elite in other areas. Couple defensive stats that did stand out is him ranking in the 96th percentile in on-ball defense amongst rotation mobile bigs.

But one I would like to see more is Stewart especially if he is able to develop a 3pt shot, mainly because of his switch-able defense.

Seeing what the team will get from their rookies will also be exciting to look forward to. Bryce Simon touched on Duren’s addition and him bringing roll gravity and also provide some decent ball-screen defense. Again, the gravity as a vertical threat will help Cunningham significantly.

It will also be interesting to see their backcourt with Ivey starting, especially because it will force Cunningham to play more off the ball, too.

Finally, the all around improvements from the rest of the young guys is something to look forward to — Hayes’ offensive aggression, Bey’s scoring efficiency, and Livers movement shooting.

This is going to be a fun young team — five players are 21 years old or younger — but this won’t be a season where wins matter again. I don’t see this team as a solid play-in team and it will be another season of just letting the young guys grow.