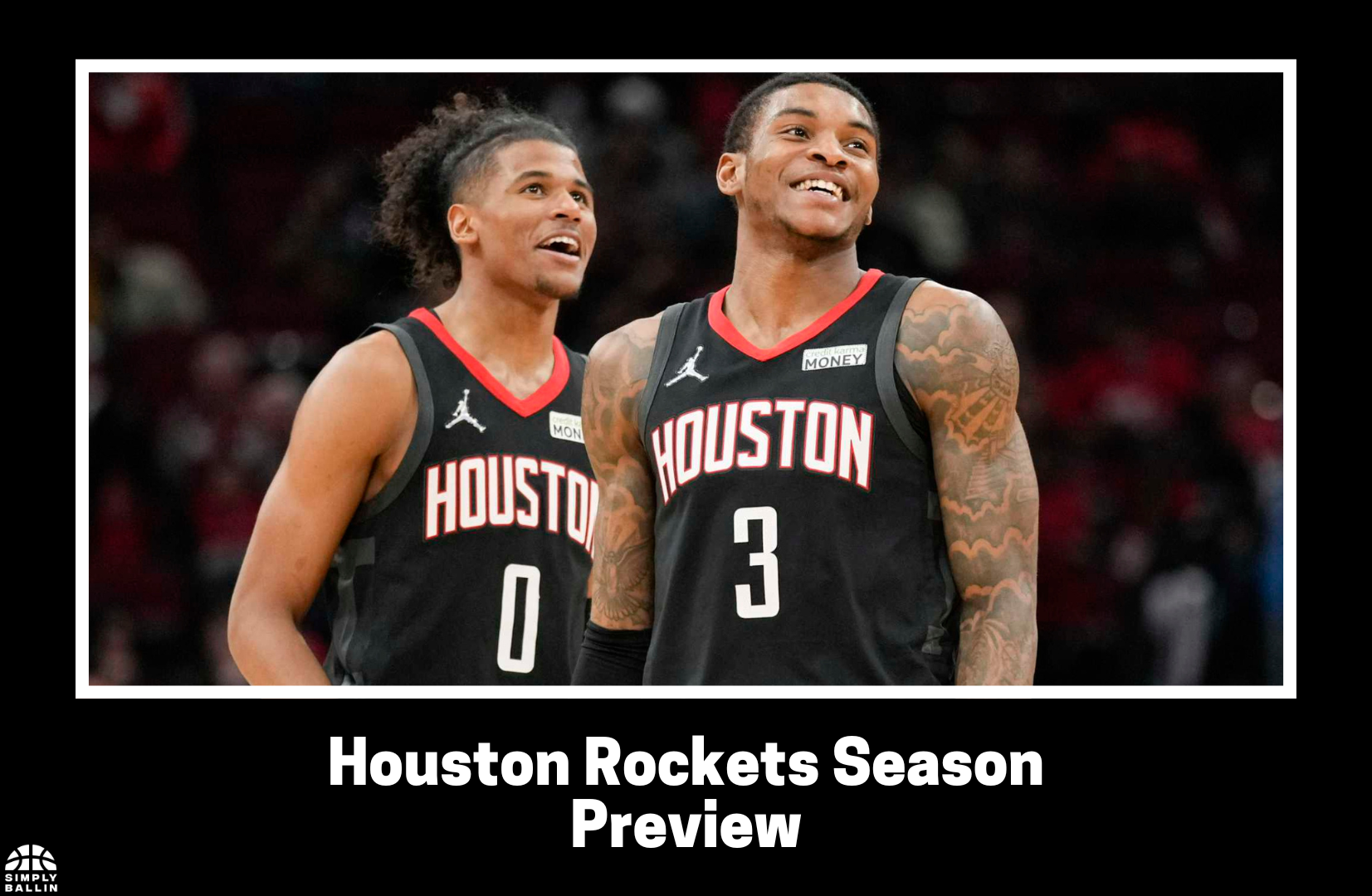 It’s tough being a rebuilding team that is constantly losing, especially when the team may not have a bona-fide star as their core. And it’s even worse when the Houston Rockets end up with the worst record and the worst defense in the league.

This was also their first season where they had a clear direction going forward into the season. Last year, they entered the season with the whole James Harden drama. Not only that, but there were many guys in and out of the rotation — Victor Oladipo played 20 games, John Wall played 40, PJ Tucker played 32, and DeMarcus Cousins played 25.

Last year, the team was transitioning from contenders to a rebuilding team. This year, they went all in on their young guys — out of their top 10 in total minutes played, three of them were rookies and four others were second and third years.

Their young core led by the second overall pick in Jalen Green, two other first round picks from the same class in Alperen Sengun and Josh Christopher, and a third-year combo-guard Kevin Porter Jr.

And with the majority of the rest of the roster being young, this team sucked.

They had an interesting off-season. From trading Christian Wood for pretty much nothing to drafting three players in the first round again. In this year’s draft, they drafted Jabari Smith Jr, Tari Eason, and TyTy Washington Jr.

This team got younger this off-season — eight players will be in their rookie or second year and the oldest, by experience, that should be in the rotation is David Nwaba.

As with most young teams, their season will consist of a lot of mistakes, development, growth, letting the young guys loose, and looking for flashes and potential.

Green already has shown flashes towards the end of the season. Green before the All-Star break and after are two different players.

That kind of increase over the season is encouraging. To improve your scoring and efficiency to this extent in your rookie season is impressive. And with his first off-season as a pro under his belt, I wouldn’t be surprised if this increase in production continues.

We already new coming into his rookie season that he’s one of the better scorers. His playmaking stats, however, were rather disappointing — per BBall-Index, amongst rotation secondary ball handlers, he ranked in the:

Now, this is his full year stats, so I’m sure these look better if we include only post All-Star. Nevertheless, his development as a passer and getting more responsibilities will be interesting to see.

After splitting time at both the point guard and shooting guard position last year, Porter Jr, was this team’s starting point guard. And similar to Green, his scoring and efficiency improved as the season went on.

This time last year, Nekias Duncan touched on Porter Jr and his point guard duties. And looking what Duncan mentioned about his improvements, particularly with his passing, it does look like he made those improvements.

One thing he talked about was his assists distribution, and here’s a comparison from last year to this year:

Although it was a small increase, he did double his corner assists. Also, per BBI, amongst rotation primary ball handlers, he ranked in the:

His continued growth will be something to keep an eye on, especially if the Rockets allow him to be a restricted free agent.

Sengun will also be an interesting guy to watch, now that he’s going to be their starting center. Even in his rookie season, he already ranked high in all of the playmaking stats — including 97th in overall playmaking talent amongst rotation bigs.

One thing that will have to improve is his defense, if he’s going to be the starting big.

Defense is going to be the main thing to watch out for. They ranked dead last and that’s something they must improve going forward. And Smith Jr and Eason should help with that.

This season’s success won’t be determined by making the play-in or by reaching however many wins. This is still a development season where letting the guys grow, improve, and experiment will be the priority.