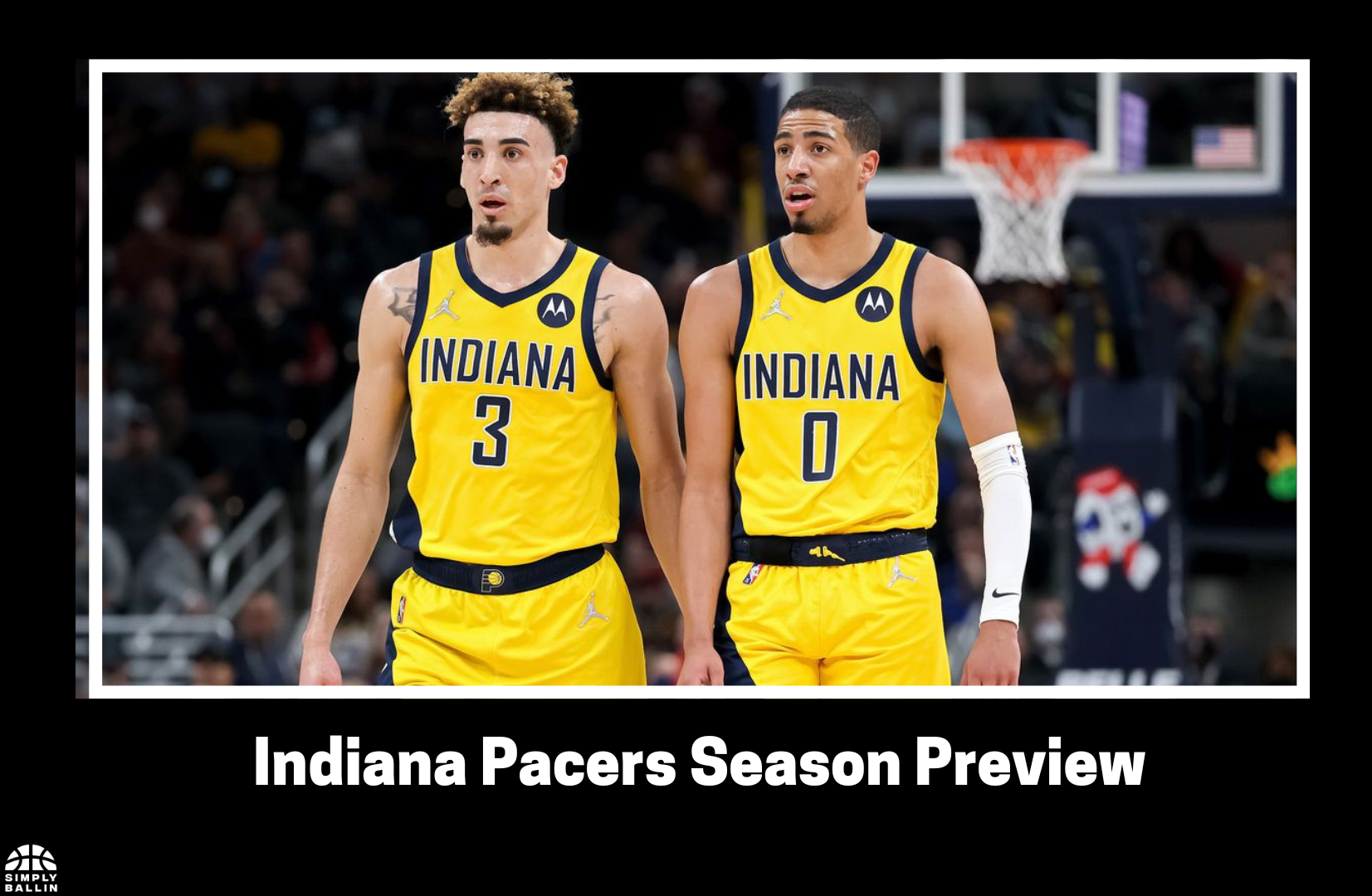 The Indiana Pacers’ season was something — directionless and injury-riddled would be one of the ways I’d describe their season.

Before the season, it may have looked like the Pacers were going to have their good-but-not-good-enough season for however many years. They still had a decent veteran core of guys that could easily be in the play-in and make a push for the eighth or seventh seed.

Per 538, on October 15th, they projected the Pacers to finish with 44 wins — the same as the Miami Heat, Memphis Grizzlies, and more than the Golden State Warriors.

That, unfortunately, hasn’t been the case. The team couldn’t stay healthy and during the season, made moves that clearly indicated they were ready to go in a different direction.

Did you know that Oshae Brissett lead the team in games played with 67? The next highest one was Chris Duarte with 55. Even with the guys that weren’t traded, such as Malcolm Brogdon and Myles Turner, they missed around half the season.

Around the trade deadline, the Pacers made a choice to move on from some of their top players. They’ve traded Domantas Sabonis, Torrey Craig, and Caris LeVert. And the main return on those guys was Tyrese Haliburton, Buddy Hield, and Jalen Smith.

Once that happened, they weren’t going to compete in any of the games. Since trading Sabonis, the team only won six more games.

The moves didn’t stop in the off-season either, as they sent Brogdon to the Boston Celtics for pieces that won’t help much in their rebuilding process.

At the time of writing, there are still potential moves being made when it comes to moving Turner and Hield for a package surrounding Russell Westbrook. If they are entertaining that trade, then it’s clear that they are going all in on the rebuild.

The number one thing to watch this season is Haliburton. In the 26 games he averaged 17.7 points, 4.3 rebounds, and 9.7 assists on 62.9% true shooting. All numbers were career-highs.

In just a small sample, Haliburton upped his game, which is encouraging to think what he could do in his third season.

And this translated to the team’s offense. Per Cleaning the Glass, the Pacers had a 117.5 offensive rating, good for the 88th percentile, with him on the court.

Per BBall-Index, amongst rotation wings, he was in the:

His playmaking stats were through the roof. Recently, Caitlin Cooper went through the way he makes his reads in mid-air. So, his continued development as a passer, shooter, and now, hopefully, a more consistent creator will be exciting to see.

It will also be key to see what they do with Turner. He’s still only 25 years old and could just be one of the pieces around the young core. Although he would be the team’s most experienced player with seven years, he’d still only be around three years older than Haliburton — hell, he’s one year older than Chris Duarte.

Turner, when healthy, is still one of the better interior defenders. That’s going to be needed for this Pacers team who were last post-trade deadline. Per BBI, amongst anchor bigs, he ranked in the:

The Pacers had a 112.2 defensive rating with him on the court and were almost seven points worse without him.

Outside of those two, there’s a collection of young talent, such as Terry Taylor, Isaiah Jackson, Smith, and a rookie Benedict Mathurin. Now, I don’t think anyone here scream All-Star calibre right now, but that’s still solid enough when your goal is to lose and develop guys.

After a long stretch of being a mediocre team that has a solid rotation of veterans and some young guys that are good enough to only be the eighth seed, they are going in an opposite direction.

Fun fact! This is the worst record they’ve had since… 1984. That’s a long, long time since being that bad. They did have down seasons where they did miss the playoffs, but that wasn’t as bad as this.

So, this season is all about letting Haliburton grow as a creator, see what Mathurin is all about, and letting the rest of the young core get reps and develop.