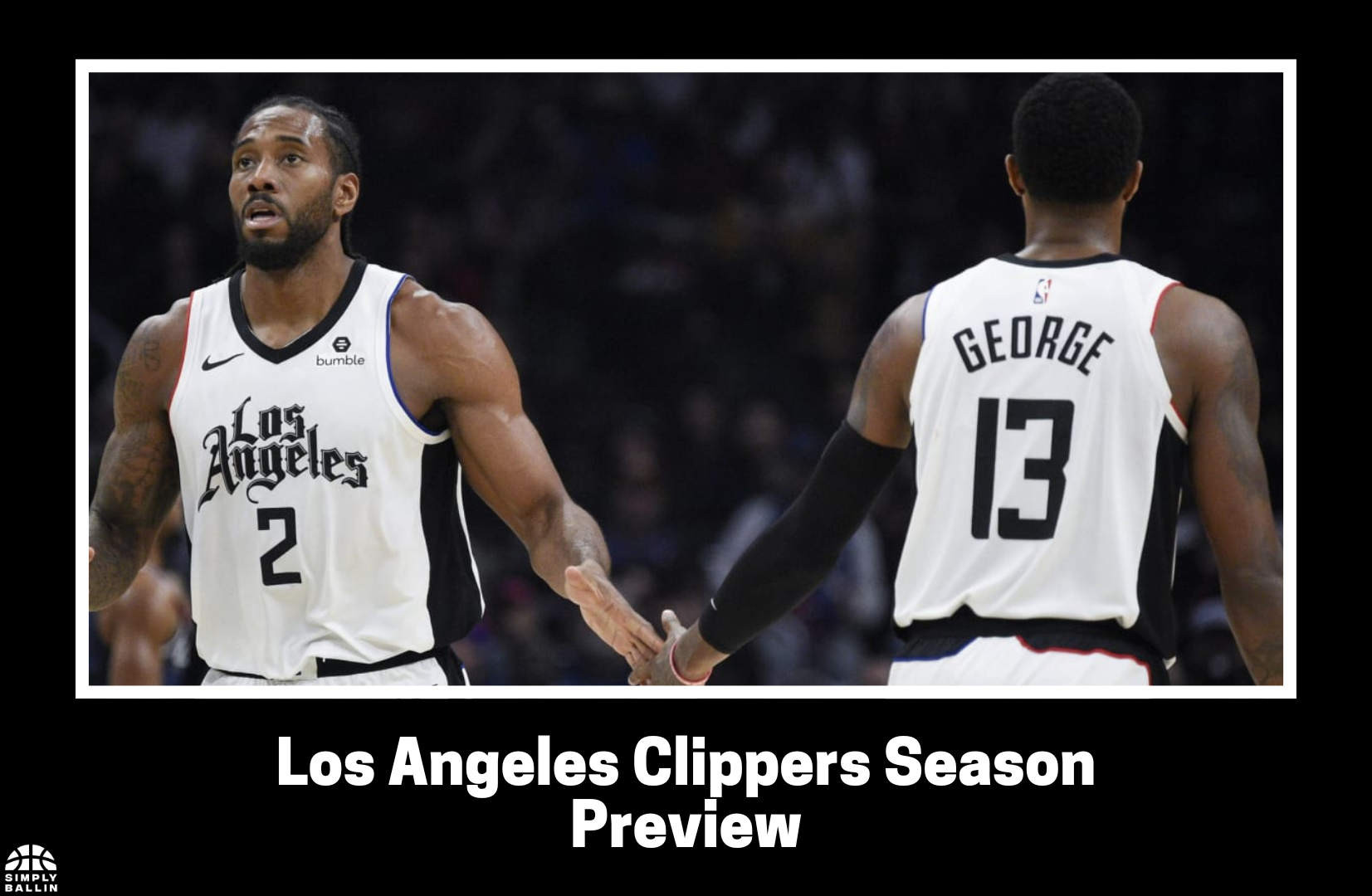 This season for the Los Angeles Clippers was never going to be the true representation of what this team can be capable of. And even after more unfortunate news during the season, this team exceeded all expectations.

The Clippers weren’t going to compete for a championship knowing that they were most likely going to be without Kawhi Leonard for the entire season — as Leonard is one of the elite players that makes a team a championship contender.

Regardless, this team was and is still deep. Before the season, when I made my predictions, I had the Clippers sixth — and that’s with Leonard out being considered. That was mainly based on Paul George being a top-10 calibre talent and by having a top three coach, and one of the deepest teams, I thought this team would easily be better.

Even last year, per Cleaning the Glass, with George on and Leonard off, the Clippers were plus 2.9 with a 112.8 offensive rating(56th percentile) and a 108.9 defensive rating(78th). These numbers were significantly better in the playoffs — much lower sample size, though.

The Clippers couldn’t catch a break, though, as George was limited to playing only 31 games. Now, they did manage to still make the play-in and were so close to making the playoffs. But, it was again simply unfortunate that George had to miss the second play-in game due to COVID.

They also made solid moves during the season that was simply a robbery. They’ve traded Eric Bledsoe, Keon Johnson, and Justise Winslow for Robert Covington and Norman Powell. I have no idea what the Portland Trial Blazers were thinking here.

And in the off-season, they were busy retaining pretty much all players(minus Isaiah Hartenstein) and acquiring John Wall. They clearly believe this team, fully healthy is enough to win a ring.

Everything this season is about getting and staying healthy. That’s the first and the most important thing. It’s not a guarantee that this team is going to win a championship, get to the final, or even the conference finals, but it’s about having the opportunity to go out there, and at least, have a chance to compete for it.

And getting Leonard helps that. It’s been a whole year without seeing him play, so it’s fair that you may have forgotten how dominant he was.

Not only did he have two great regular seasons with the Clippers, but his play in the playoffs was in a tier of its own. His 2021 playoff run showed his legitimate claim as the best player in the world — just look at these numbers:

I don’t need to explain to you how absurd that is.

That’s what he did before he went down. At the same time, though, let’s hold up for a second. He’s going to be coming back from an ACL tear. Now, regardless of how you may view his game and whether it depends much on athleticism or whatnot, it still takes time to get back to 100%.

That’s not to say he’s not going to be great or elite. It’s also not saying he can’t or won’t recover back to his old self. I’m optimistic that he most likely will. This is just more about him taking some time getting back to game shape. There will be some rust, some poor shooting nights, but that will be expected.

But when he starts looking the way he was… Man, that’s going to be nasty.

That will also depend on George. Even when he was on the court, he had a down year, particularly with his shooting. He attempted the second most 3s but shot the second worst percentage at 35.4% on 8.3 attempts. He had his lowest effective field goal percentage since 2016. And he had his lowest true shooting since 2013 (not counting his 6 games in 2015).

Similar to Leonard, George also had one of his better playmaking stats. Per BBall-Index, amongst rotation wings, he was in the:

Having two wings that are elite at shooting, finishing, able to score on 3-levels, and also able to create for others.

The rest of this roster’s construction is interesting and Tyrone Lue will have to work some magic.

This team is filled with wings. They have eight players in that position that are 6’5 or taller. This creates flexibility and allows them to go with so, so many different variations that all meet certain needs.

Each wing that can close gives something different. You can have Nicolas Batum and Robert Covington for more switching purposes and defense. Or go the shooting route with Marcus Morris and Norman Powell.

I do have a question when it comes to them doubling down on the small-ball lineups. They lost Hartenstein, who was one of the better interior defenders. Per BBI, amongst rotation mobile bigs, he ranked in the:

The Clippers with Hartenstein on the court, they had a 106.0 defensive rating(92nd percentile). This number drops to 59th percentile without him.

Right now, they only have Ivica Zubac as viable 5, and I don’t know how sustainable that is throughout the regular season. And even with Zubac on the floor, their defense was below average. So, it will be interesting to see how their defense will adapt and if these lineups will work for 82 games.

Or, perhaps, they make a move for a solid five.

They also added Wall, who’s kind of an x-factor here. We don’t know what to expect from him. He hasn’t played basketball in over a year and has played only 40 games in the past three seasons.

But looking at his stats from 2021, there are some encouraging stuff. Per BBI, amongst rotation guards:

There is still something valuable that he provides and could be a good addition on this team.

At the end of the day, any chance of competing for a title lies with health. That’s exactly what derailed their chances the past two seasons.

It will depend on Leonard’s health, George also recovering from his injury, and being able to play this small throughout the season. Come playoff time, though, this team should be one of the favourites in the West.

They have everything that a contender should have — superstar talent, All-NBA calibre second star, a top coach, great bench, and versatility.