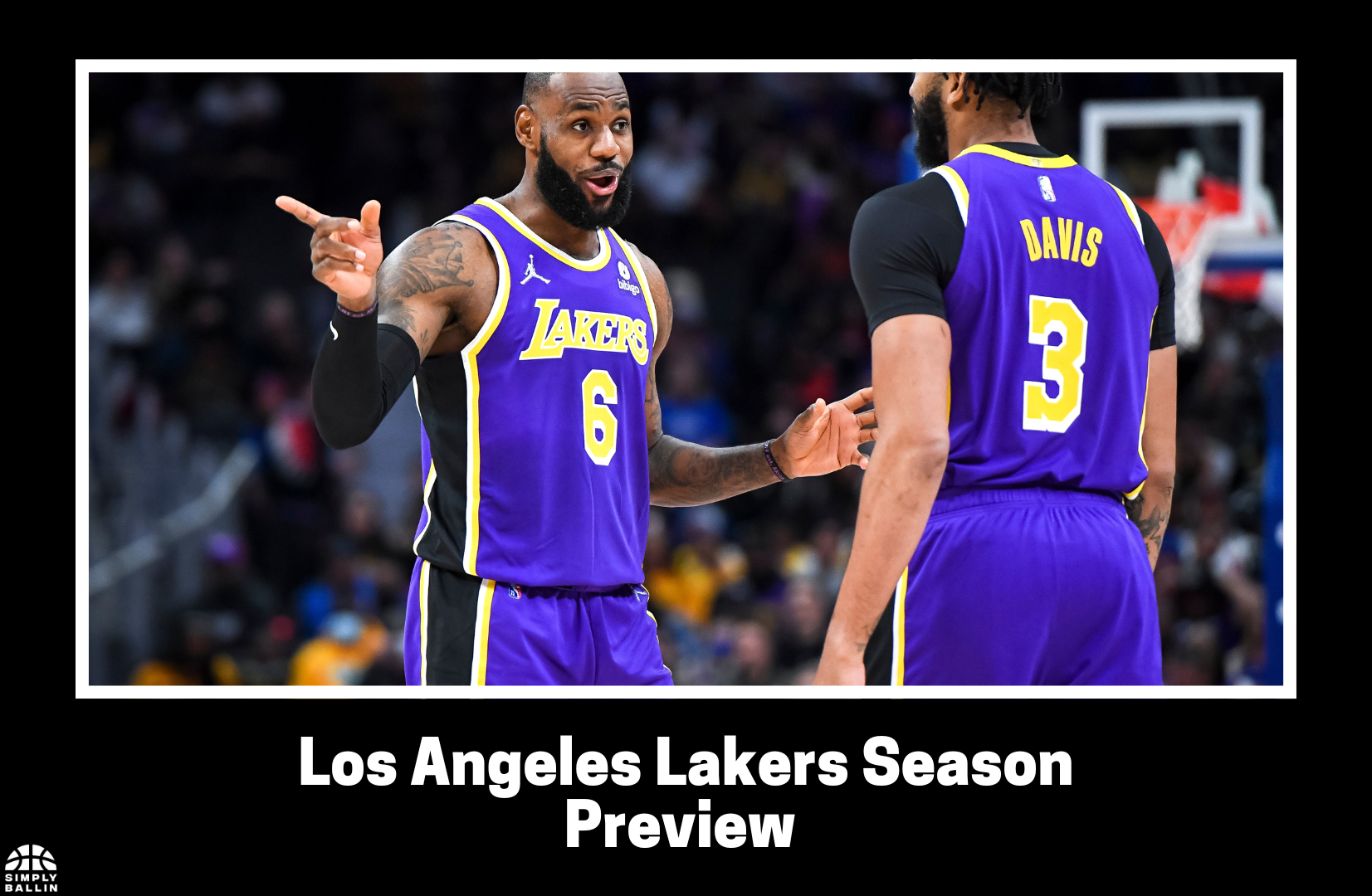 Who would have thought that the Los Angeles Lakers weren’t going to make the playoffs and that this whole experiment with Russell Westbrook wasn’t going to work out?

Erm, actually, I didn’t. I wasn’t jumping on the bandwagon or calling this the next super team, ready to win 60 plus games. But I also wasn’t expecting this kind of season.

I still believe that this exact team easily makes the playoffs if LeBron James and Anthony Davis aren’t limited to 56 and 40 games. That’s the number one reason why they missed the playoffs completely.

Were they going to be contenders? Make a deep playoff run? Probably not, but I wasn’t going to bet against James even at 37 years old.

The reality is, though, they did get hit with a bunch of injuries. Missing two of your best players will hurt your chances of making the playoffs, but at the same time, this team was oddly constructed.

Though, adding Westbrook was the reason why I thought this team will succeed in the regular-season. We saw what he did with the Washington Wizards to end the season last year. He was still one of the best floor raisers that can carry a lesser talent even at this stage — clearly, that wasn’t the case.

Although Westbrook hasn’t had the greatest season compared to most standards, he shouldn’t have been made the scapegoat — as some people have made him out to be.

His poor shooting was to be expected — he wasn’t going to suddenly turn into an average shooter. His ability to finish at the rim dropped. He had countless bricks hitting the backboard. But even after considering all of that, he wasn’t the biggest blame. This was a bad fit from the start.

So far into the off-season, the Lakers had a better one than last season, despite making only smaller moves — added Troy Brown Jr, Damian Jones, Lonnie Walker, Thomas Bryant, Patrick Beverley, and Juan Toscano-Anderson.

But there’s still one huge question up in the air. When(or actually, will they even do it) will Westbrook be traded?

There are still so many rumors that it’s hard to predict what may happen in the next month or two. There was the whole Buddy Hield and Myles Turner trade. Or Bojan Bogdanovich and Mike Conley.

But to make life easier, I’ll be going under the impression that this is team they are going with, at least until the trade deadline — maybe they’ll find a team to move Westbrook to.

Did the Lakers improve this off-season? Ah, probably not. They did add many pieces, but even as role players, I don’t see them moving any needle.

But, will the Lakers be better this season? I’d lean yes. As long as both James and Davis can play more than they did last year, they automatically get better.

However you may think about James’ decline, Davis having a rough shooting year, and even Westbrook having this kind of season, with two of those guys healthy, that does equal a playoff spot.

So, what should we expect from this team if they’re fully healthy?

Well, James at 37 years old, still had one of the better seasons of his career. It’s absolutely insane that he just averaged 30 points per game — the first time since 2008, when he was 23.

Almost 14 years later, and he’s scoring more than his peak. Oh, and he’s doing this on tied 4th best efficiency.

One's considered his best offensive season, one was after his "peak" & one is where he's 37 on the decline

Please tell me, which is which

Because it's mad how similar they are

These are three separate seasons for James — his 2014, 2018, and 2022 season. But what’s interesting about this is the fact that they’re all similar.

Just take a moment to think about that. A season that was after his arguable peak, a season that he arguably was at his best on offense, and a season that’s considered a decline.

His production hasn’t faltered — it’s the way he gets that production that’s changed.

Per BBall-Index, amongst 80 rotation wings this year, he ranked in the:

Sure, he may have lost a step and doesn’t have the same lift, but it doesn’t seem like that has affected his ability to finish at the rim if he’s in the 100th percentile.

But I think it’s his improved shooting that makes him still elite. Since 2014, he has his third best 3pt pull up shot making and the best 3pt shot making.

And when it comes to his passing… I still think he’s the best passer in the league — third at the lowest.

Every pass here is accurate, made instantly whether it was a skip pass, transition, or kickout pic.twitter.com/JfSaukR0o7

Even though he’s going to be a year older, I’m not betting against James.

I won’t, however, be certain to bet on Davis.

Due to injuries, we’ve seen the least from him since his rookie year these past 2 seasons.

Having the least impact since his rookie season is certainly something. Now, because this is an aggregate impact, the injuries are a big factor here — but that’s the thing with Davis, is he even going to stay healthy at this point?

But even when you don’t consider his health, there was a decline. This year, amongst 97 rotation bigs, he was ranked in the:

The main decline was his rim shot creation and his drives declined significantly — since 2014, this was his third worst season in that metric and the lowest drives per 75 possessions.

And his shooting. Yikes. His middle game talent metric was the second lowest since 2014. Had the worst 3pt shot making, despite having the third best 3pt shot quality. And his C&S 3pt shot making was disgusting.

His offensive decline makes the roster construction even more worrying and difficult to fix. But it’s not just his offense that’s a concern. Most of his defensive metrics this year were in the bottom-3 since 2014.

His rim protection, screener rim defense, rim dFG% vs expected, and screener mobile defense metrics were all in the bottom-3.

Maybe this was all due to dealing with injuries. Maybe after another off-season getting healthy, we’ll see the usual Davis that we know. Right now, the idea of Davis and his actual play aren’t the same thing.

The biggest question will be regarding Westbrook. What are we going to see from him this year?

If the plan is to have Russ spend his time as a dump off guy or standing in the corner, you might as well just send him home

Barring sudden elite defense, which is what justifies playing the awful offensive players you hide in those tiny roles, it’s not a winning formula. https://t.co/SfeLSCazty

This is what makes the fit with Westbrook complicated. He’s not impactful enough off the ball, where it would make more sense to have a big in that role.

I don’t think that the Lakers are contenders as it stands, even if they have perfect health. If James and Davis both play significantly more games, the only difference I see is them making the playoffs comfortably — and that’s only because of my irrational confidence in James.

If they somehow find a deal that moves Westbrook, then that could change. It will depend on the players involved, but I’d already lean that whatever they’ll get, will be better than whatever they have now.

Though it feels odd saying this, but it will be a shame if they carry on wasting James’ prime just trying to make the playoffs.