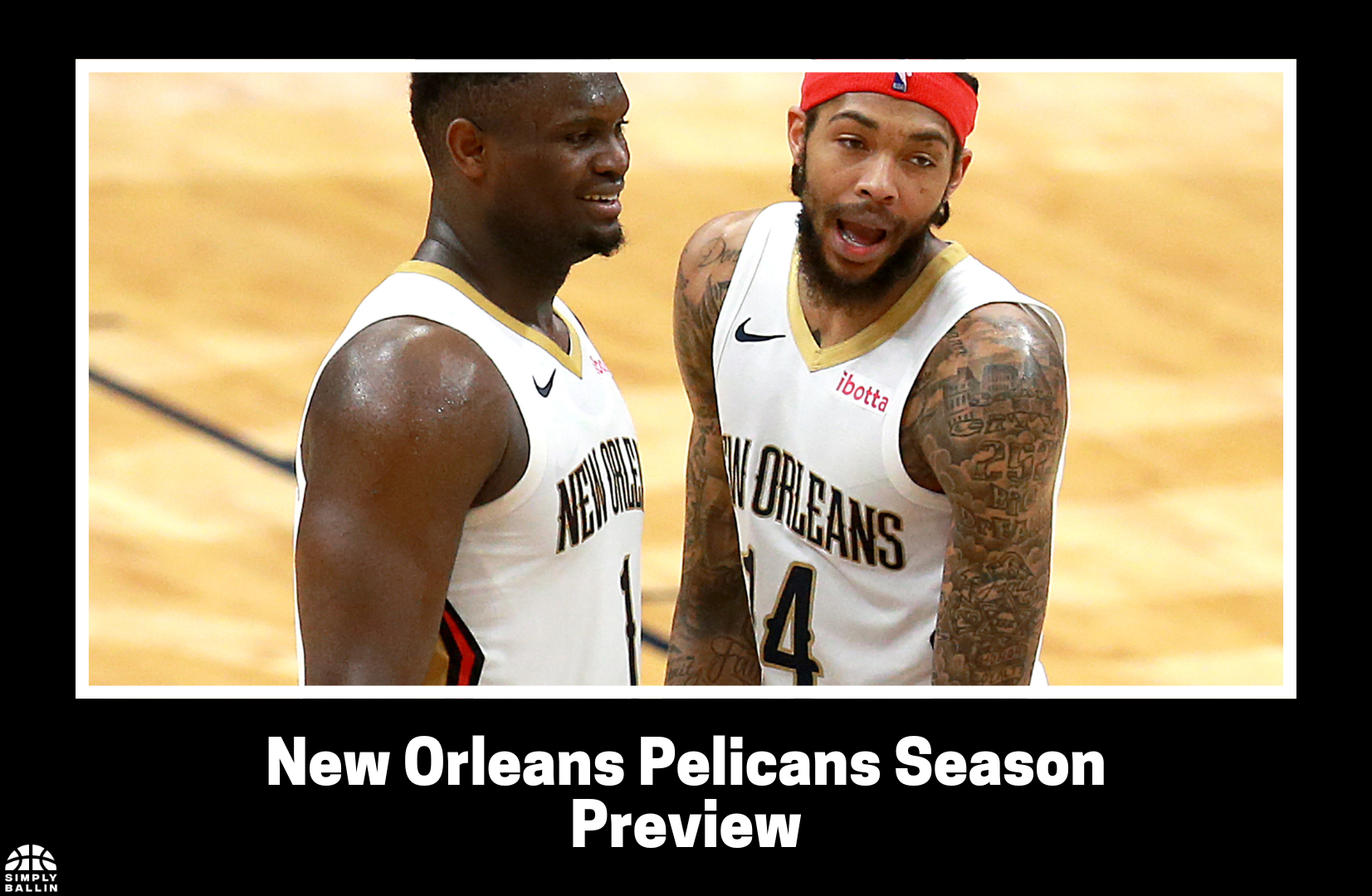 The New Orleans Pelicans’ season was a roller-coaster and they had seasons within the season.

It started off gloomy, dark, and you may have wondered, what the hell is going on with the Pelicans?. They started the season 1-12 and had a minus 11.9 net rating, per Cleaning the Glass. It was looking like they may not be able to make the play-in convincingly.

Come the trade-deadline, they moved Tomas Satoransky, Josh Hart, Nickeil Alexander-Walker, Didi Louzada, and picks for CJ McCollum, Larry Nance, and Tony Snell. Once they made that move, their season did a 180.

Since that trade, the Pelicans were plus 1.5 with the 13th best offense and 18th best defense. That’s a significant jump from their ranks before they traded for McCollum. And things were only getting better.

Trading for McCollum was such a good move for the team. McCollum has gotten underrated or rather overshadowed, mainly because he played with Damian Lillard all these years. Granted, he did get a lot of credit for coming up huge — particularly his series against the Denver Nuggets — but he still doesn’t get enough credit.

Going on a bit of tangent, but in the last five years in the regular-season, the Portland Trail Blazers were four points better on offense with him on the court — seven points better in the playoffs.

In the 26 games with the Pelicans, he averaged: 26.6 points, 4.8 rebounds, and 6.3 assists per 75 possessions on 58.0% true shooting — career highs in points and assists. With him on the court, the Pelicans had a 118.6(91st percentile) offensive rating and this only gets better when you add Brandon Ingram.

Because of this turnaround, they were able to get to the playoffs and push the best regular-season team to six games.

This was a very successful season, especially when you consider that they were without Zion Williamson. And because of that there is so, so much to look forward to this upcoming season.

Williamson missed just one season. One. But this Pelicans team is much different to who he played with. The last time he played, he shared the court with Steven Adams, Lonzo Ball, and Eric Bledsoe.

This is a wildly different team that has an improved Ingram, McCollum as your lead ball handler instead of Bledsoe, Jonas Valanciunas instead of Adams, and better weapons in Herbert Jones and Trey Murphy.

When I think about what Zion does best, I immediately think of this:

Doing the Pelicans season preview and the main thing season is Zion coming back, I wanted to remind myself how great he was.

And just look where Zion's 2021 season is!? That's insane pic.twitter.com/dX1o1NzmDD

This is ridiculous. He has been by far the best finisher in quite some time. There is nothing you can do to stop him. Adding this to the team will make this offense must watch TV.

Per BBall-Index, amongst rotation slashers in 2021, he ranked in the:

These numbers are ones you’d see in 2k where you max out your guy. Though one thing he did lack was a 3pt shot and did grade out pretty low in the playmaking stats.

One question is how will he fit into this new team. We know what he brings, we know he’s elite at finishing, can handle the ball, showed flashes as point Zion, but how will that translate now?

I quite like the trio of Williamson-Ingram-McCollum. All seem that they would complement one another. Either Ingram or McCollum can play off the ball.

We’ve seen with Williamson and Ingram on the court together, they were plus 4.0 and had a 118.2 offensive rating. And now you’re going to add a reliable, consistent, All-Star calibre shot maker in McCollum and this is a fun trio.

McCollum will be the difference maker. This season, we’ve seen what he’s capable in a new environment being the second best player. Per BBI, amongst rotation secondary ball handlers, he ranked in the:

Now, he’s going to be the third offensive option where the defensive attention will be on Williamson. He’s going to fit perfectly as a shooter off the ball, but he’s also good enough to run on-ball actions with Williamson. From just these stats, you can make a case he’s arguably the best amongst secondary ball handlers.

Was thinking about CJ McCollum & whether he's the best secondary ball handler - well, per @The_BBall_Index, there were 45 of them & he ranked:

Ingram will also benefit from his presence — amongst rotation wings this year, his 3pt shot quality was in the 6th percentile, which contributed to his down year from deep. With a decreased offensive load, better shot quality, and a much, much better offensive weapon, we should see Ingram’s game improve.

So, this trio should be one of the better ones in the league —  particularly on offense, but will that be enough to become a contender?

There are still some concerns when it comes to their shooting. In the playoffs, the Pelicans ranked dead last in 3pt attempts, but did have the 10th best percentage. That hasn’t been the case in the regular season over the years, though.

Per BBI, only five players were above average in 3pt shooting talent and six in catch-and-shoot 3pt shot making. They also had seven players in the 60th percentile or above in 3pt shot quality, but underperforming in their shot making.

A team that sucks this bad at 3pt shooting rarely makes a deep playoff run.

The main concern is going to be the defense. They ranked 18th on defense for the year, but did jump up to 12th post ASG. But in the last three years, they are yet to finish higher than 18th — this was their best year on defense in the Zion-Ingram era.

If a team wants to have a chance as a contender, they must have at least an average defense.

Luckily for the Pelicans, they have Herb Jones who emerged as one of the best defenders in the league as a rookie. Though, I don’t think that will be enough.

Regardless, this team is going to be fun and successful. Williamson is a top 30-ish player and is only in his third season, Ingram’s game has been improving in each season, and now there is McCollum who’s an All-Star calibre player.

This year they made the playoffs as the eigth seed, but with players coming back, forming better chemistry, and young guys getting better, I wouldn’t be surprised if this team was around that 6-7 seed.

I don’t think they have any championship goals this season, or even making the second round, but seeing what they do with a fully healthy Williamson is going to be interesting.