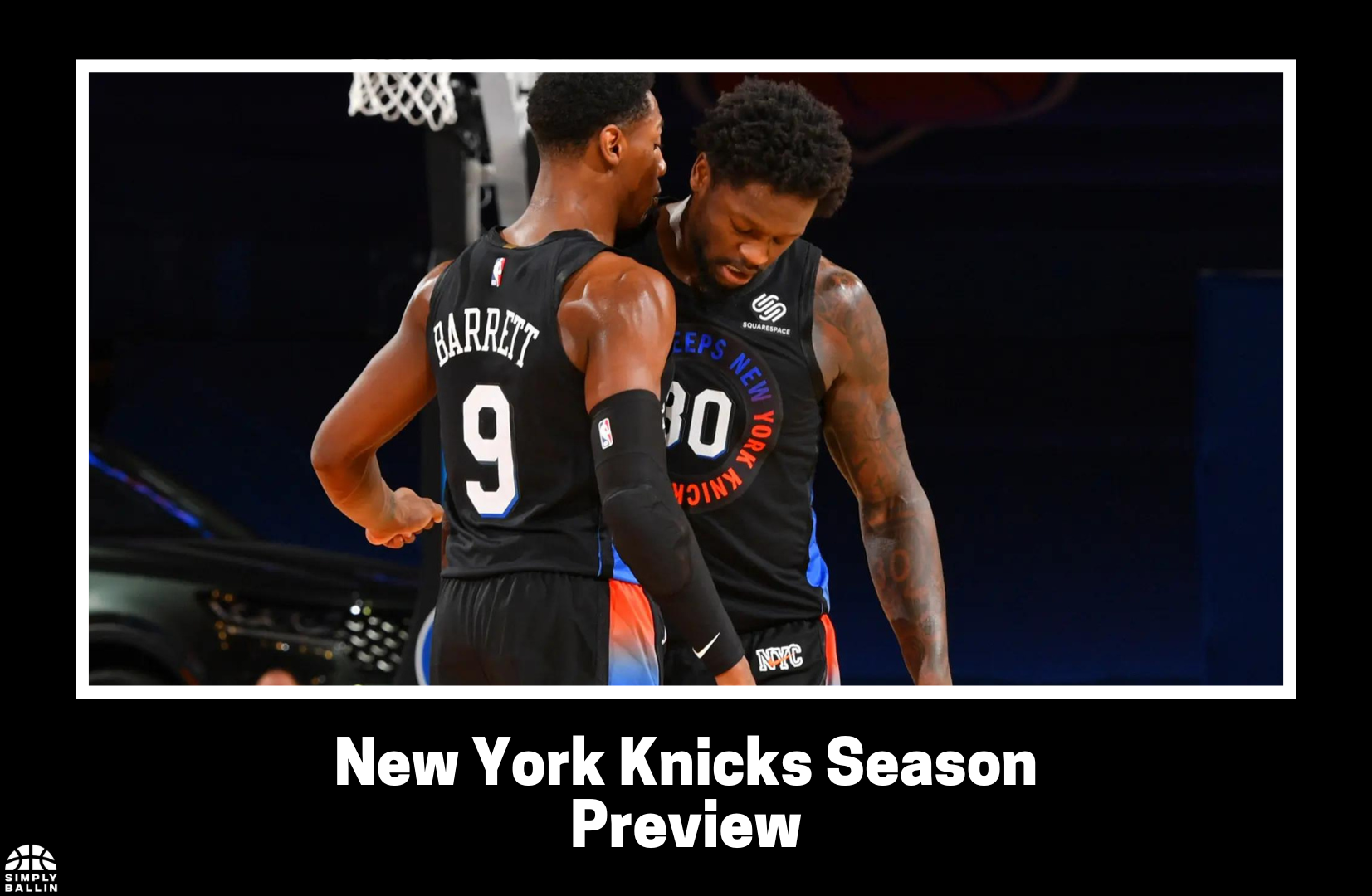 It was just a season before that the New York Knicks had made the playoffs for the first time since 2013 and now they are right back in the lottery hoping they can make it out of it this year. But this just comes to show how difficult it is to be able to sustain any kind of success.

You can pinpoint to so many things to answer why they couldn't make the playoffs. Their defense slipped fourth best to 12th, lack of spacing and shooting, regression from Julius Randle, and some moves not panning out.

Their defense seemed like it was the main reason for them losing this much. Even last year, they had similar offensive issues(despite Randle playing at All-NBA calibre), but their defense was able to negate that.

What was interesting from their lineup data is their bench outplayed the starters by a significant margin. Two of their highest net rating involved mostly bench players.

One other disappointing part of this season was Kemba Walker playing nothing like Kemba Walker. It was only two seasons ago that Walker was an All-Star and starting on a conference finals team. Now, he had his lowest scoring season on fifth worst efficiency in his career.

All these factors played a role in them missing the playoffs.

When it comes to their off-season, they certainly had their usual Knicks’ off-season. After years and years of trying to get a top-tier talent in free agency, they finally managed to get… Well, not a top-tier talent, exactly, but they still got Jalen Brunson and Isaiah Hartenstein. Yay.

That is better than nothing. I like Brunson’s game and he should fit in New York well, but this isn’t some move that puts a team over the top or moves any needle for their championship aspiration.

They were also almost able to trade for Donovan Mitchell, but in the end, it does seem like it’s for the best that the trade didn’t go through. If that trade goes through, this team’s ceiling is marginally better than what it is now. Sure, they’d 100% make the play-in, but they weren’t going to be a top-6 team in the East.

Currently, this team is heading down the same season they just had. They will be battling for a play-in spot with the hope that they can be the seventh or eighth seed — and even that doesn’t seem likely.

As it is with the Knicks, I’m not entirely sure what their goal is or their direction. They’ve made the playoffs two seasons ago, and pretty much kept a similar core. But this core isn’t one that’s likely to grow and develop into a contender.

They have three veterans in Randle, Derrick Rose, and Evan Fournier, some not-so-old but not-so-young players in Brunson, Obi Toppin, Mitchell Robinson and Hartenstein. And then six young players, in which arguably only RJ Barrett has star potential.

This team is built for mediocrity.

That’s what makes this whole off-season more confusing. Even with the addition of Brunson, or even if they were able to add Mitchell without moving any key pieces, this team wouldn’t have been that great. And in turn this creates more confusion going forward.

Ideally, teams should answer these questions before the off-season, but aye, this is the Knicks.

So, it will be interesting in what direction they will go with regarding their veterans — particularly with Randle.

In any scenario, they should try and move on from both Fournier and Rose, if given the opportunity. But Randle is an interesting case — even if they decide to go down the development route.

Randle is 27 years old and is going into his ninth season, so this version — or, at least somewhere in the middle between last season and two seasons ago — is the version we’re going to see.

I don’t think the Knicks want to go down the flat-out tank route. Maybe, being good enough but not great is enough for them. And keeping Randle alongside this core helps that.

Obviously, they for sure don’t want last years Randle. Here are some, not-so-good BBall-Index stats amongst rotation bigs from last year:

His any type of shot making disappeared. Completely disappeared compared to the season prior. What’s encouraging, though, is his shot creation, the ability to get to the rim, and his passing are still one of the best.

This most likely was a truly bad shooting outlier. That’s not to say he’s going to bounce back to All-NBA calibre, because that also seems to be an outlier. But he should be somewhere in the middle of that.

Brunson, being the next veteran that will obviously stay on this team, will bring a much needed offensive firepower that the Knicks need. If you want to read exactly what he’s going to be bring, in more detail, then be sure to check out my breakdown here!

He’s going to be able to play off the ball, but most importantly, he will add the scoring punch as a self-creator. Per BBI, amongst rotation guards, he ranked in the:

These two should help Barrett’s game and help his development. You want to surround the guy you paid big money to and the guy you want to develop — otherwise, your star player may end up like Shai Gilgeous-Alexander.

Although his efficiency slightly increased, it’s still a good sign that his efficiency remains around the same level despite the increase in attempts.

One thing he improved in that time span was his ability to create shots at the rim. Per BBI, amongst rotation wings, he ranked in the:

The concerns are regarding his shot making at the rim — 29th percentile in rim shot making and 31st in rim FG%. But the ability to get to the rim at this volume is effective by itself and there should be some optimism that he improves his touch around the rim.

It will be interesting to see his growth as a finisher, making better reads when attacking, and his up-and-down 3pt shooting.

The rest of the core is something. There isn’t anyone that screams all-star or even of that calibre. They are all nice young guys that are or could be solid starters.

How much better, though? Ah, don’t think it will be by that much. Take a look at the Eastern conference and tell me which teams you can comfortably take them above? I only have three or four teams that they're better than.

Their ceiling is making the play-in and making a push for the bottom seed. But this can all change depending on whatever moves they might make regarding their veterans.