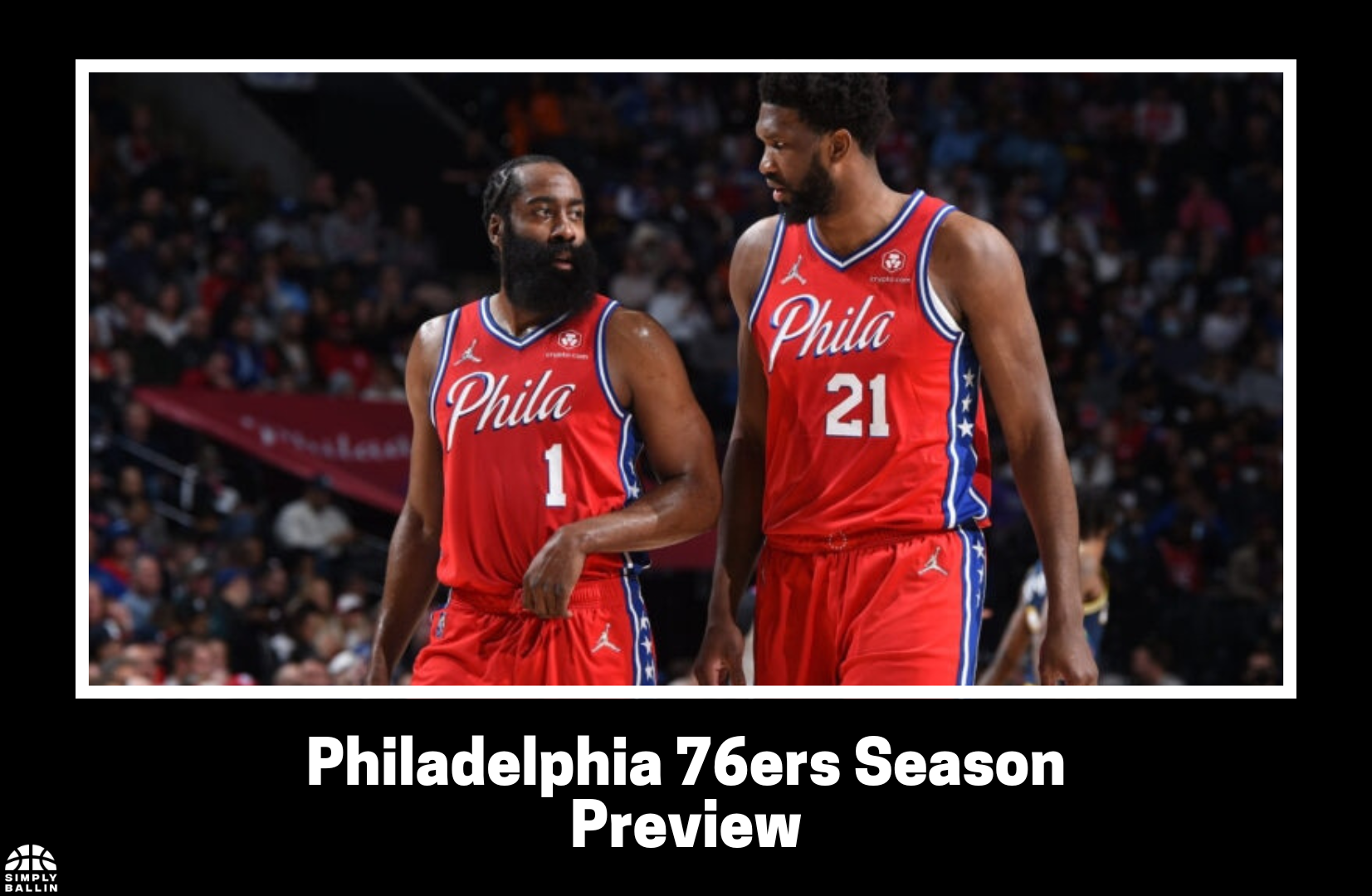 What a wild season it was for the Philadelphia 76ers. It’s crazy to think that the whole Ben Simmons drama happened this year. And that’s just one part of their season.

After dealing with Simmons during training camp and trying to still remain competitive without him, the 76ers were 33-22, and made a blockbuster trade.

When it was obvious that they were going to try and move on from Simmons, I had envisioned a package for Simmons to be for a player like CJ McCollum. Fortunately for the 76ers, the Brooklyn Nets had their own share of problems. This meant that they can take advantage of the situation to grab one of the best players in the league.

Pairing James Harden with Joel Embiid seemed to have immediate success. Per Cleaning the Glass, that duo on the court were plus 15.8 with a 124.1 offensive rating (99th percentile). That’s absurd.

Unfortunately, their success didn’t follow into the playoffs — though, some of it wasn’t on-court issues.

After almost, almost maybe blowing a 3-0 lead to the Toronto Raptors — man, I really wished they did — they managed to make the second round only to get hit by some injuries and lose to the Miami Heat.

But to their defense, Embiid was not himself. For the series, he averaged 19.8 points, 9.8 rebounds, and 1.8 assists on 53.2% true shooting. That’s a major drop off from even the series before.

Despite making significant moves to improve this team from last year, they still find themselves in the same position, as far as playoff success wise.

So, in the off-season, they made more moves to improve their chances at competing for a championship. They signed PJ Tucker to a pricy deal, signed Danuel House Jr, and traded for De’Anthony Melton. All three moves should help them this season.

This season we’ll see much more of Harden and Embiid. That duo only played around 25 games together — 936 total minutes together on the court for the regular season and the playoffs, per PBP. Their net rating in that time was plus 12.8.

For comparison, here are some other top-2 players minutes and net rating (regular season + playoffs):

They did play the least minutes together, but it’s still interesting to see that they had the best net out of the other contenders’ top duos. But with more playing time together, I expect this trend to continue.

But I’m still optimistic about him and believe that this year, we’ll see more of a All-NBA calibre Harden. Although we most likely won’t be seeing peak Houston Rockets Harden, but I don’t think we necessarily have to.

Per BBI, amongst shot creators, he ranked in the:

His scoring is still there and that’s not mentioning his elite passing and playmaking stats:

And with a full off-season to get healthy, I expect this to improve. Per PBP, there were nine players that had at least 100 minutes with Harden (both regular season and playoffs included), and all of them saw an increase in their efficiency.

The other half of this duo is the reason why Harden doesn’t have to be dropping 30 every game. Embiid, yet again had one of the best regular seasons this year, which almost won him the MVP.

He led the league in scoring, was elite as a one-on-one scorer, his efficiency was top-level, and also improved his passing and playmaking to one of the best.

Barring injuries, I can see Embiid finally winning the MVP. After finishing behind Nikola Jokic for the second straight year, this may be his year. This reminds me when Harden finished second twice, in which some people believe he should have won.

Outside of this top-tier duo, Tyrese Maxey is going to be key this season. He already made a tremendous leap from last season to this year, and another one in the playoffs.

He increased his scoring, his efficiency and has become a significantly better shooter from deep. His role also changed (and improved) once Harden arrived — his pre and post All-Star numbers show that:

And his catch-and-shoot numbers are absurd — 54.4% on 2.8 attempts post All-Star. His continued development can make this team even more dangerous.

Right now, he’s a great play finisher — able to knockdown shots, finish at the rim, and be an elite transition finisher. This fits well with a talent like Harden. But if he was to improve his own shot creation and add some playmaking, the 76ers would have three guys that can create for themselves and others.

Maxey’s playmaking stats are extremely low when compared to other primary ball handlers:

Outside of this top-three, there’s still Tobias Harris, who now seems to be going under the radar and became kind of underrated. He’s still a solid piece on this team, is able to complement the stars, can space the floor, score efficiently, and score on his own.

Other moves the 76ers made this season include acquiring Melton, Tucker, and House Jr, all who should be impactful and make this team better.

The 76ers got better this season. I don’t know how much that will translate to the regular-season. I’d still be cautious of their health regarding Harden and Embiid and I think that’s going to be their main obstacle in the way — we already seen their playoff chances drop this year because of health.

But they will still have two top 15 players, a great third option in Maxey, and a solid supporting cast. And this should be one of the top teams in the playoffs.