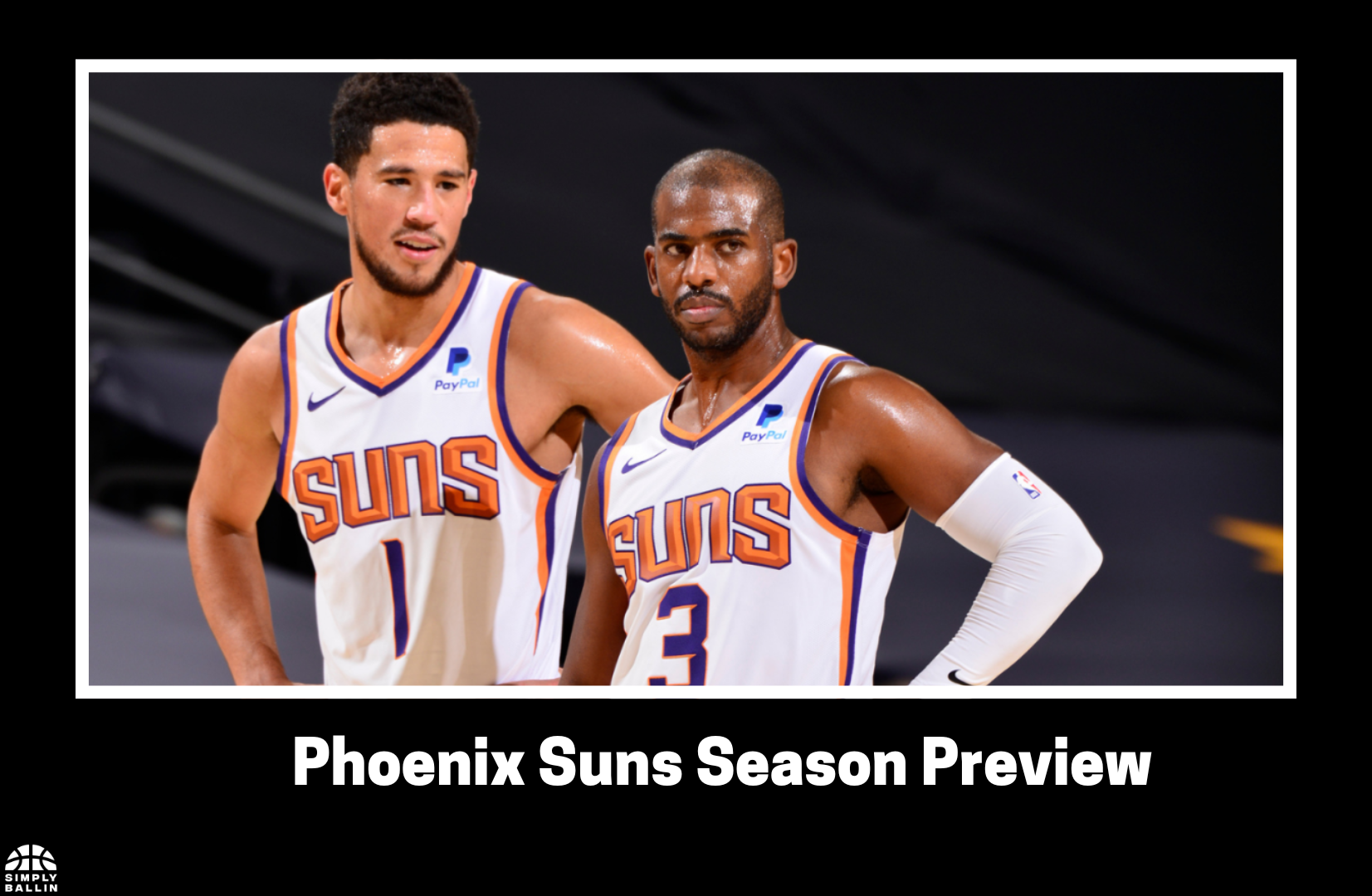 Embarrassing. That’s how the end of the season was for the Phoenix Suns. Losing by over 30 points at home in the second round is an embarrassing loss and that must have hurt.

After losing in the finals the year before, and following that up by winning, a franchise-record, 64 wins, this season was disappointing.

And they had a really good regular-season too. The best net rating, a top three offense, and a top three defense. Unfortunately, in the playoffs their defense dropped, and it dropped bad.

After losing like that, they didn’t do much in the off-season. There was the pursue of Kevin Durant, which would have been a great trade for them. If they were able to keep both Devin Booker and Chris Paul, then that team would have been dangerous.

Unfortunately, they weren’t able to pull it off, so now it looks like they’ve decided to basically run it back — also after the whole DeAndre Ayton situation, which is going to be interesting to see how that plays out going forward.

Seeing as they’re running it back, the goal is the same — to take advantage of this window and compete for a championship.

I don’t think we see the type of regular-season success we just did. Once a team accomplishes that, I feel like that shifts to emphasising sustainability and playoff success.

I’m also curious to see how they would go about changing their schemes on both offense and defense — something clearly didn’t work in the playoffs.

One of the main questions will be surrounding Paul. His career arc has been intriguing. He’s been an All-Star, All-NBA, and All-Defensive calibre for pretty much his entire career up until his last year for the Los Angeles Clippers. Then he battled with injuries — playing 61, 58, and 58 games in the three-year stretch before being trade to the Oklahoma City Thunder.

It seemed like he was done. His contract was said to be one of the worst. And suddenly, He’s back to All-NBA form. But that raises the question, how much longer can he keep up this rejuvenation?

There are parts of his game that shows, yes, he’s still been playing at a high level. Per BBall-Index, amongst 124 rotation guards, he ranked in the:

His mid-range and passing stats have been the best this season. And when it comes to his passing efficiency, no one in the entire BBI database from 2014 had a higher rating.

This ability to make any pass with that accuracy, make passes through tight windows, and his elite mid-range, made him such a killer in the PnR. According to NBA Court Optix, he averaged 20.4 screens per game to Ayton and that scored 1.20 points per possession.

But as good as that is, there are other concerns going forward. At this stage of his career, he provides little to no rim pressure. Per BBI, amongst those same guards, he ranked in the:

That, however, doesn’t seem to be the biggest issue. His movement stats are disgusting.

Just from these stats, is it a hot take to say he’s probably the worst off-ball guy?

It was also interesting to see the Suns’ offense decline significantly with Paul without Booker — per CTG, they had a 112.1 offense(47th percentile). Whereas, when you flip that, the Suns have a 119.2 offense(93rd) with Booker and without Paul.

That brings us to Booker. He’s going into his eighth season, he’s going to be 26-years-old soon, and is coming off his first All-NBA appearance. And so far in his career, he’s him, when it comes to be a scorer.

Per BBI, amongst 33 rotation shot creators, he ranked in the:

Though he still graded out low in his passing stats and finishing amongst shot creators — 9th percentile in rim shot creation. So, maybe that’s the improvement we’ll see from him.

Overall, despite what has happened in the series against the Mavericks, they should still be considered one of the top teams in the league. They have two high quality primary ball handlers, a great third option in Ayton and a solid surrounding cast around Mikal Bridges, who was in DPOY conversation, and Cam Johnson, who was in the 6MOTY conversation.

Most of it will depend on Paul’s ability to sustain this level of play, Booker’s improvement as a passer and his ability to get to the rim, and perhaps, significant adjustments from Monty Williams.

But to me, they should still finish high in the regular season, and be a contender to make the finals.