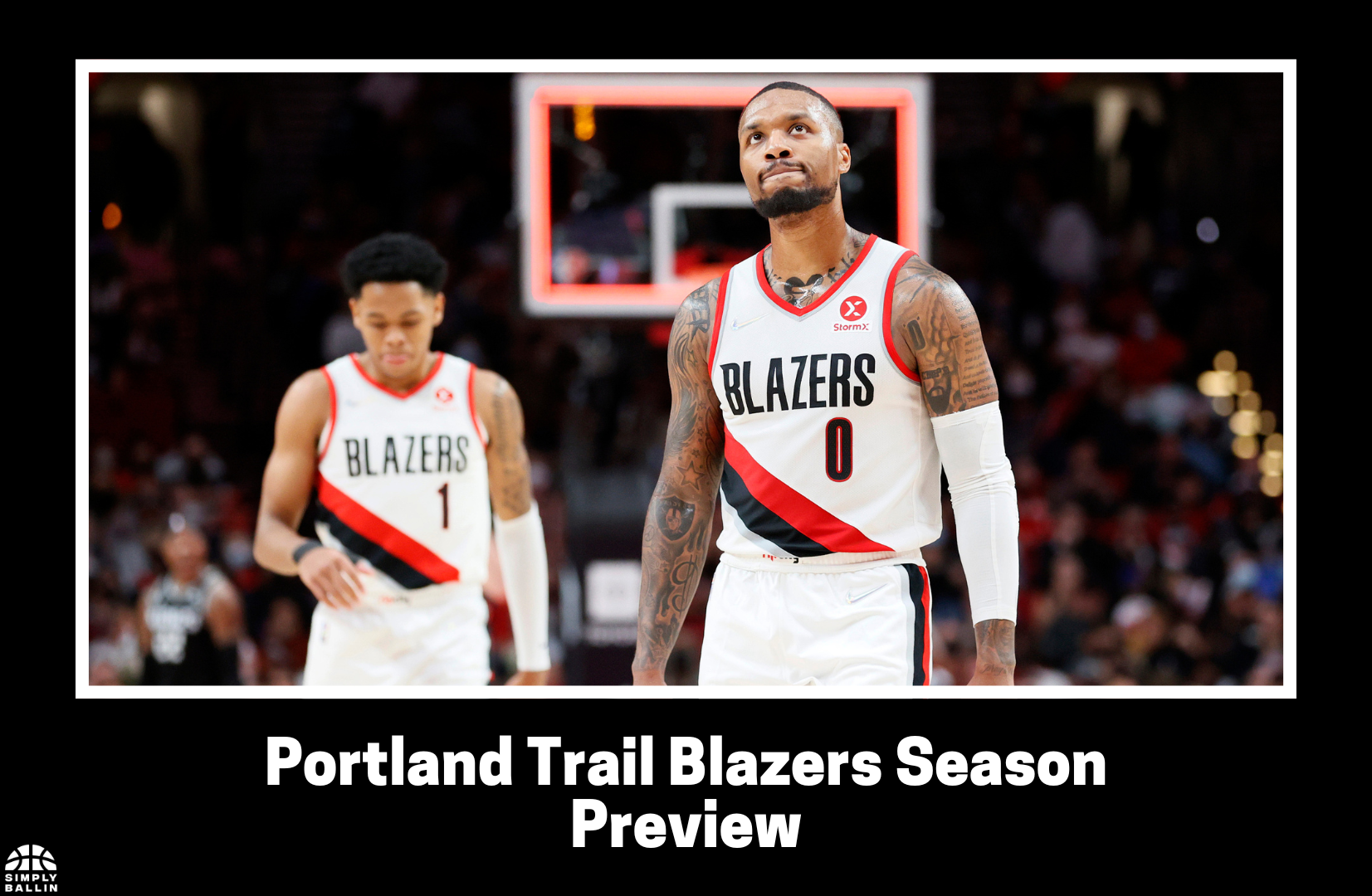 This season was a blessing in disguise for the Portland Trail Blazers. This team — particularly the team’s top duo — had a ceiling and it was clear they needed a new direction.

After another subpar off-season last season, with no real moves made to make this team a solid contender, the Blazers were most likely heading down the path of barely making the playoffs — even fully healthy. They were stuck in mediocrity. Constantly making the playoffs as a low seed and lose in the first round, with a chance of losing in the second half. That's the worst place a team can be.

And it was looking more and more like it. To start the season, Damian Lillard was struggling to say the least. In his first 20 games, he averaged 21.5 points, 4.0 rebounds, and 7.8 assists per game on 52.6% true shooting. Maybe he was still dealing with some injuries, but whatever it was, this wasn't the same Lillard we were used to.

With him struggling, the Blazers opened their season going 10-11 and it was only going to get worse once Lillard got injured. It wasn’t bad enough that they were going to lose him, they also lost CJ McCollum to injuries, too.

Your two star players go down and now you find your team winning two games in the entire month of December. Even after a brief comeback from injuries, this team wasn’t going to win anything — and it was then when they’ve decided that Lillard won’t be playing this season.

So, your best guy is shut down for the season and your second best player was also dealing with injuries. That’s the perfect time to hit the reset button for this season.

At the trade-deadline, they hit the reset button hard. They traded McCollum and Larry Nance for Josh Hart, other players and picks. Then sent Norman Powell and Robert Covington for Eric Bledsoe, Justise Winslow, and Keon Johnson.

Aside from getting Hart and ducking under the tax, this was objectively a bad trade. Both trades were pretty bad.

Though, there was one bright side from this season. Anfernee Simons got the opportunity to ball out. As a starter, he averaged 22.0 points, 2.8 rebounds, 5.5 assists on 60.0% true shooting. He took advantage of this opportunity and because of this, he got the bag this off-season.

There were three other key moves made this season, which all should be impactful this season — trading for Jerami Grant, signing Gary Payton II, and drafting Shaedon Sharpe (who’s more of bank on his upside type guy). It was clear the Blazers wanted to surround Lillard with some more defense.

Simons breakout was encouraging to see. Per BBall-Index, amongst rotation shot creators, he ranked in the:

As a shooter, he was elite — especially as these numbers are compared against shot creators. One thing he did struggle with getting to the rim — ranked in the 34th percentile in rim shot creation — and one on one scoring. Now, that shouldn’t be that big of a concern, as he will be paired with Lillard this time. His teammates weren't exactly All-Star calibre, so it's hard to blame some of his numbers. This, however, also makes his rise even more impressive.

However, his off-ball movement numbers were slightly concerning, but that could easily be explained by the fact he played on the worst team in basketball.

Though it’s encouraging to see this growth from Simons, I’m not sold on his pairing with Lillard. Isn’t this just McCollum and Lillard with a different roster around them? And isn’t McCollum also the better player. Sure, the other pieces are better than what they had, but how much better overall is this team from the previous years.

They did trade for Grant, which probably is probably the best player they’ve had recently outside of Lillard and McCollum. Now, I like this move because Grant in Pistons and Grant in Portland should be two different players. There is a difference in how a player can impact the game on a losing team and a better team.

Grant in his time in Denver was a solid piece. Highly efficient, knew his role, and didn’t have to carry a huge offensive load. Here are some BBI stats amongst rotation bigs for Grant in 2020 with Denver.

Those are all highly transferable skills that should fit well with other creators like Simons and Lillard.

Another solid pick up was Payton, especially when your small backcourt is a defensive liability. He will provide the much needed point of attack defense and versatility that this team needs.

But the most important part of this team is Lillard coming back healthy. Lillard has always been around that top 15 range for me and by having just him alone makes you a much better team.

However, as great as Lillard is, the potential growth from Simons and key signings in Grant and Payton, I don’t see this team anything better than a potential play-in team. And honestly, I wouldn’t be surprised if this team underperforms quite early on.