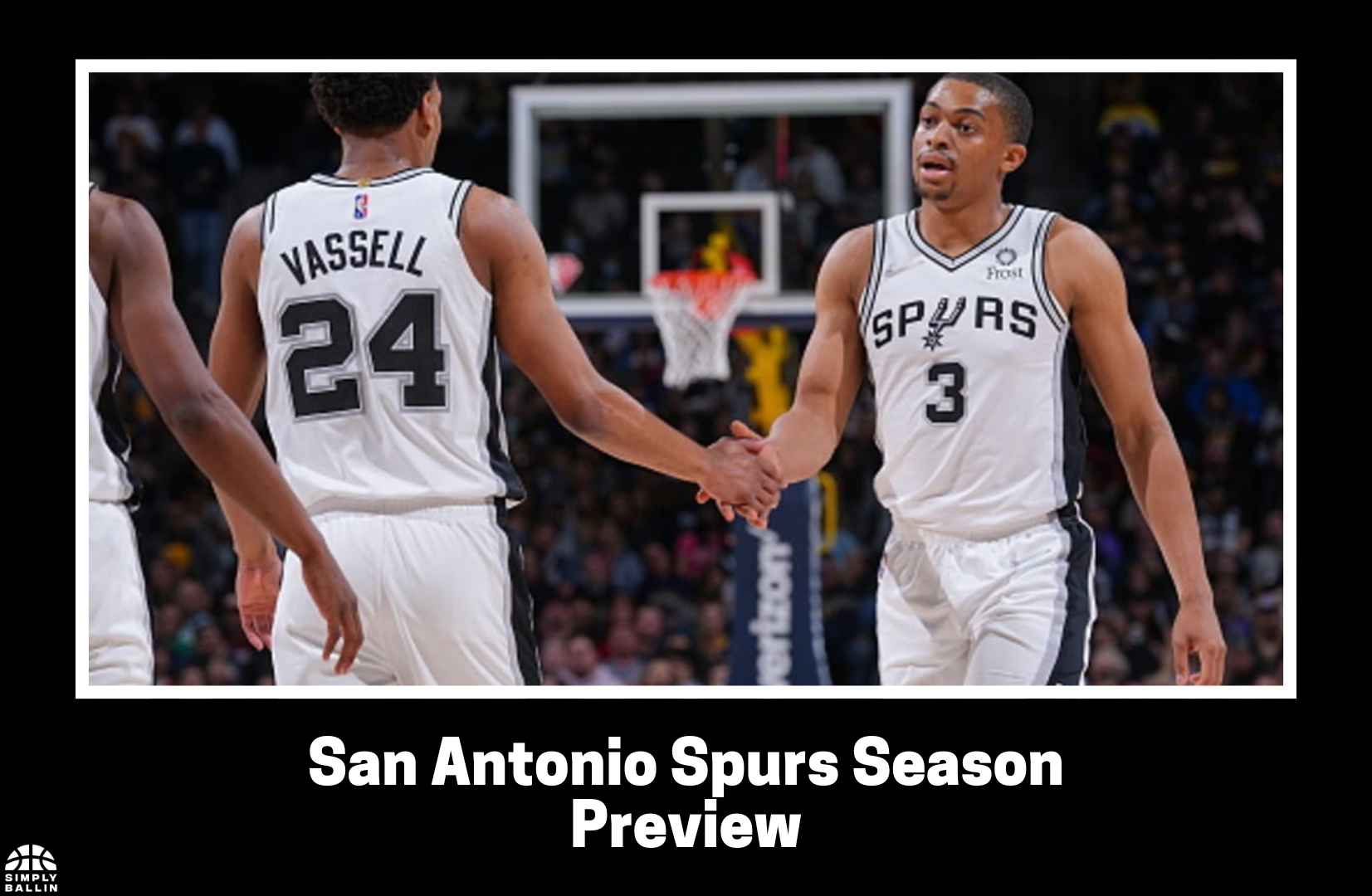 This was the first year the San Antonio Spurs had embraced the youth in a long, long time. Since trading Kawhi Leonard, the Spurs still had some veterans and were clearly looking to stay somewhat competitive and try to get solid young pieces in the late lottery.

But after trading DeMar DeRozan, it was all youth — for the most part. Despite trading away the vets and leaning towards youth, the direction of this team was still rather unknown.

They ended up being the 10th seed and lose in the play-in. Now, making the play-in and looking to get a taste of the playoffs may work for young teams that have a set young core they want to build around. It didn’t seem the Spurs were in that position.

With Dejounte Murray making another leap and making his first All-Star appearance, the Spurs managed to be good enough to not be bad, and that’s not exactly the place you want to be in.

But that all changed quickly during the off-season. Despite being an All-Star at just 25 years old, the Spurs traded him to Atlanta Hawks for essentially just picks. And that was the right decision to make.

They weren’t going to compete for any spot in the playoffs, they weren’t bad enough to tank, Murray isn’t some franchise changing player, nor did they have a solid all-around young core.

It was time to hit the reset button.

The return on Murray was also pretty good. That’s three unprotected picks plus a lottery protected one. We’ve seen how quickly things can change in the league, so those unprotected picks could turn out pretty valuable if this whole Trae Young and Murray experiment don’t work out as well.

In addition to this, the Spurs got busy in the draft — drafting Jeremy Sochan, Malaki Branham, and Blake Wesley. They also added Isaiah Roby. They’ve made solid moves to start this rebuild.

I apologise that this preview won’t be as long, but there isn’t that much to look forward to with the Spurs this season. They are for the first time, in god knows how many years, truly rebuilding.

This team won’t be looking at wins and losses — they won’t be winning many games. And they don’t really have a legit fun young core to see grow into stars.

Keldon Johnson, Tre Jones, Devin Vassell, Joshua primo and Romeo Langford. Do any of these names scream upper tier star or even All-Star calibre? I know all of these players are in their third year or lower, but when a guy is a star, you typically can see at least flashes of that.

All those players can end up being solid rotational pieces, high end starters that can contribute to winning, but are those core guys you can build around or guys you complement with. So, that’s something to watch out for — are those guys simply complementary pieces or is there a chance one of them could breakout into something more.

But there is plenty look forward to when it comes to their rookies. It will be interesting to see Sochan and how his defensive upside. In an Athletic scouting report, it was said that he could be All-Defensive. Could he, perhaps, be the Herb Jones of this draft? That will be exciting to watch.

Another exciting rookie will be Branham. Again from reading one of the Athletic reports, seeing his strengths and why a team would draft him, makes his rookie season interesting to monitor. He’s said to be a legit shot maker and can create for himself. Having that type of skill as a rookie is encouraging because on ball creation is one of the most valuable skills you can have.

Outside of the young guys, they have four solid veterans — Doug McDermott, Josh Richardson, Jakob Poeltl, and Gorgui Dieng. None of these vets are game changers but they can and will help those young guys by simply being there. Veteran presence is important for development.

But aside from helping with development, they could still be used to acquire more assets. There will certainly be a market for a guy like Poeltl. Although I do Poeltl on this team mainly because he was one of the best defensive bigs and that is needed on a young team.

That’s something to watch out for at the deadline. Will the Spurs move any of those guys to lose more games and get more picks.

At the end of the day, this season for the Spurs isn’t going to be fun — especially to non-Spurs fan. Their goal this season is hoping for internal growth and hopefully get a top pick in the draft.