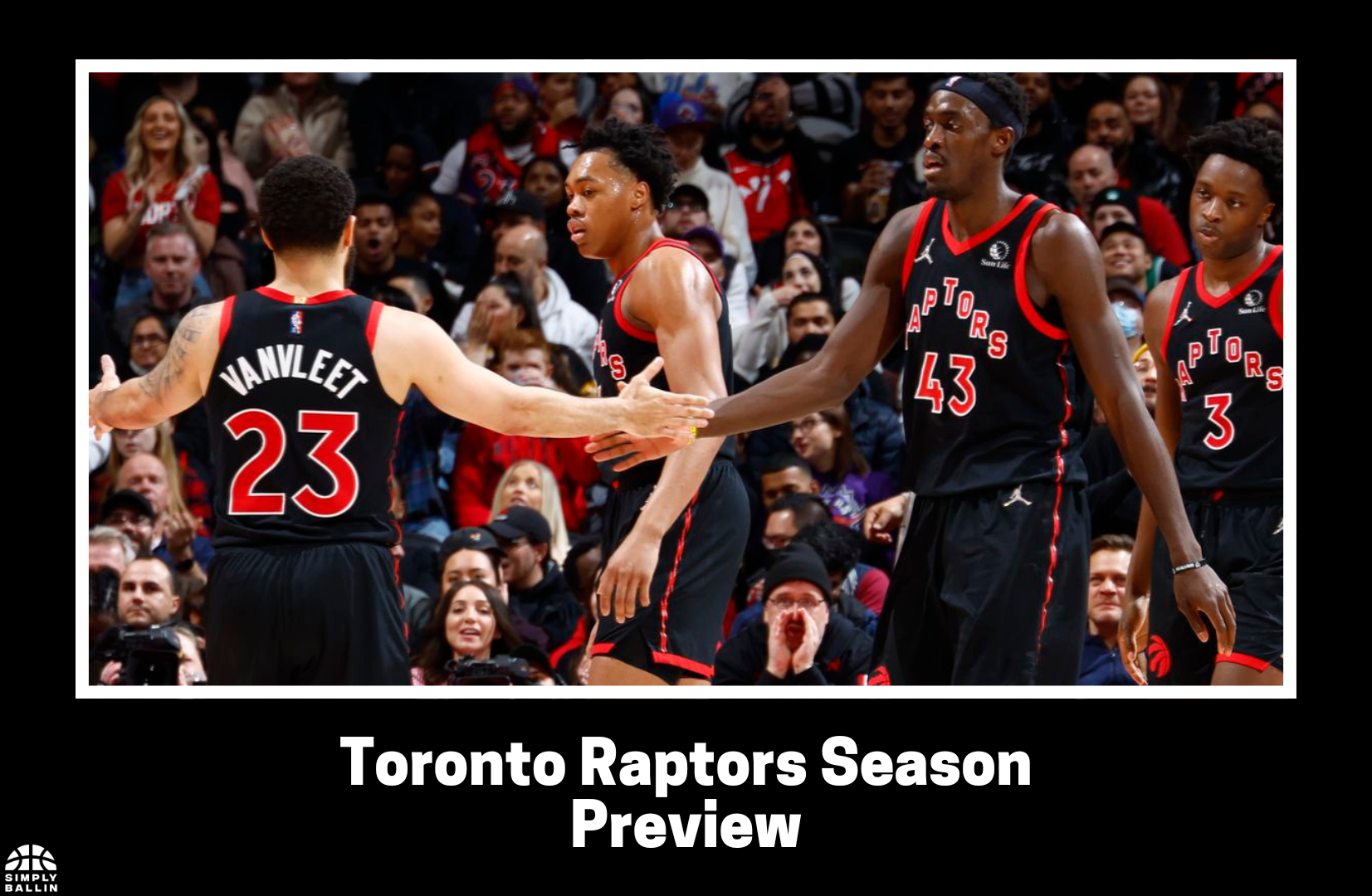 After missing the playoffs last year, taking that season to get a high draft pick, and losing arguably the team’s greatest player in Kyle Lowry, the Toronto Raptors made an unexpected comeback.

Per 538 projections, at the beginning of the season, they had the Raptors winning 41 games and having a 50% chance of making the playoffs. That isn’t that far off, but I don’t think anyone outside of Toronto had them finish this well — though last season may have not been the perfect picture of this team going forward.

For the first couple of months, the Raptors were around that 10th and 11th seed and it seemed like they were going to be in that range. Once the calendar year flipped, they were on a roll and remained around the 6th seed. Since January 1st, they were 8th in net rating, 16th on offense and 5th on defense.

Part of the reason for that was Pascal Siakam missing time and starting off slow. But after getting back into rhythm, in 2022, he averaged 23.9 points, 8.7 rebounds, and 5.8 assists on 57.1% true shooting.

Combine that with two great seasons from Fred VanVleet and Gary Trent Jr, as they were one of the better high volume 3pt shooters. Add the eventual ROTY in Scottie Barnes, and development in Precious Achiuwa and OG Anunoby. Then you end up with a solid playoff team.

Come playoff time, they went up against a tough Philadelphia 76ers team, so their first round exit doesn’t seem as much of a failure and they still managed to push them to six games.

They haven’t made many moves in the off-season — only signing Otto Porter Jr and drafting Christian Koloko. It’s clear the Raptors will be heading into the season with the same team and banking on internal improvements.

That’s not a sustainable way of playing, especially when you consider the Raptors’ style of play on defense and offense. The Raptors were fifth in transition frequency and sixth in opponent transition frequency. They run a lot because that is where they get their offense, so having a thin bench and this style puts a toll on the players.

That should change this season. With the addition of Porter Jr and the growth from Achiuwa, the Raptors should have a nine-deep roster — Louis Zatzman goes through the potential lineups in much more detail here.

One reason they’ll have better depth is because of Achiuwa’s play post-All-Star break. Before the All-Star, his numbers weren’t nothing special — 7.5 points, 6.9 rebounds, and 1.1 assists on 46.7% true shooting. Yikes.

In the playoffs, he did show some flashes too, even attacking Joel Embiid to get to the rim at times. It will be exciting to see if he continues to have that range consistently and that ability to get by guys off the dribble.

Siakam made All-NBA again and he’s showing that he is one of the top guys in the league. Per Cleaning the Glass, with him on the court, the Raptors were plus 4.9 and had a 115.1(72nd percentile) offense. That offense drops to 108.4(23rd) without him.

I’d say Siakam was mostly responsible for carrying that offensive load to have their offense way above average. Per BBall-Index, amongst rotation wings, he ranked in the:

He was their half-court offense and did one hell of a job at it.

It’s going to be interesting how they’ll try improve their main weaknesses on offense. They were a bad shooting team and couldn’t pressure the rim either.

Per BBI, the Raptors ranked:

They do have Trent Jr and VanVleet as their high volume shooters — both ranked in the 90th percentile or higher in 3pt shooting talent — but apart from that, there isn’t much shooting to go around.

But the main story this season is going to be the growth from Barnes. Is he going to take a second year leap? A lot of the Raptors’ ceiling depends on it.

Two of their best guys in Siakam and VanVleet are in their prime and are almost 30-years-old. This is most likely what they are as a player. The rest of the key guys in the rotation such as Boucher, Thad Young and Porter are relatively old, too. That leaves a core of Barnes, Trent, Anunoby and Achiuwa as the young guys on this team.

And it’s those four that will make or break this core’s ceiling. If they improve sooner than later, then this team could be a contender. But growth is not as simple as that. Not everyone develops into star calibre guys. And if they don’t then this team has a low ceiling and should consider moving on from the veterans and go right into the young core’s timeline.

This season, I expect them to have similar success as they did last year. I don’t see them being a top three seed and in the playoffs, they have a second round ceiling.