The Miami Heat lose to the Denver Nuggets again. All it took was the Heat missing two leading scorers, the Nuggets being scorching hot from deep, and role-players having great games. 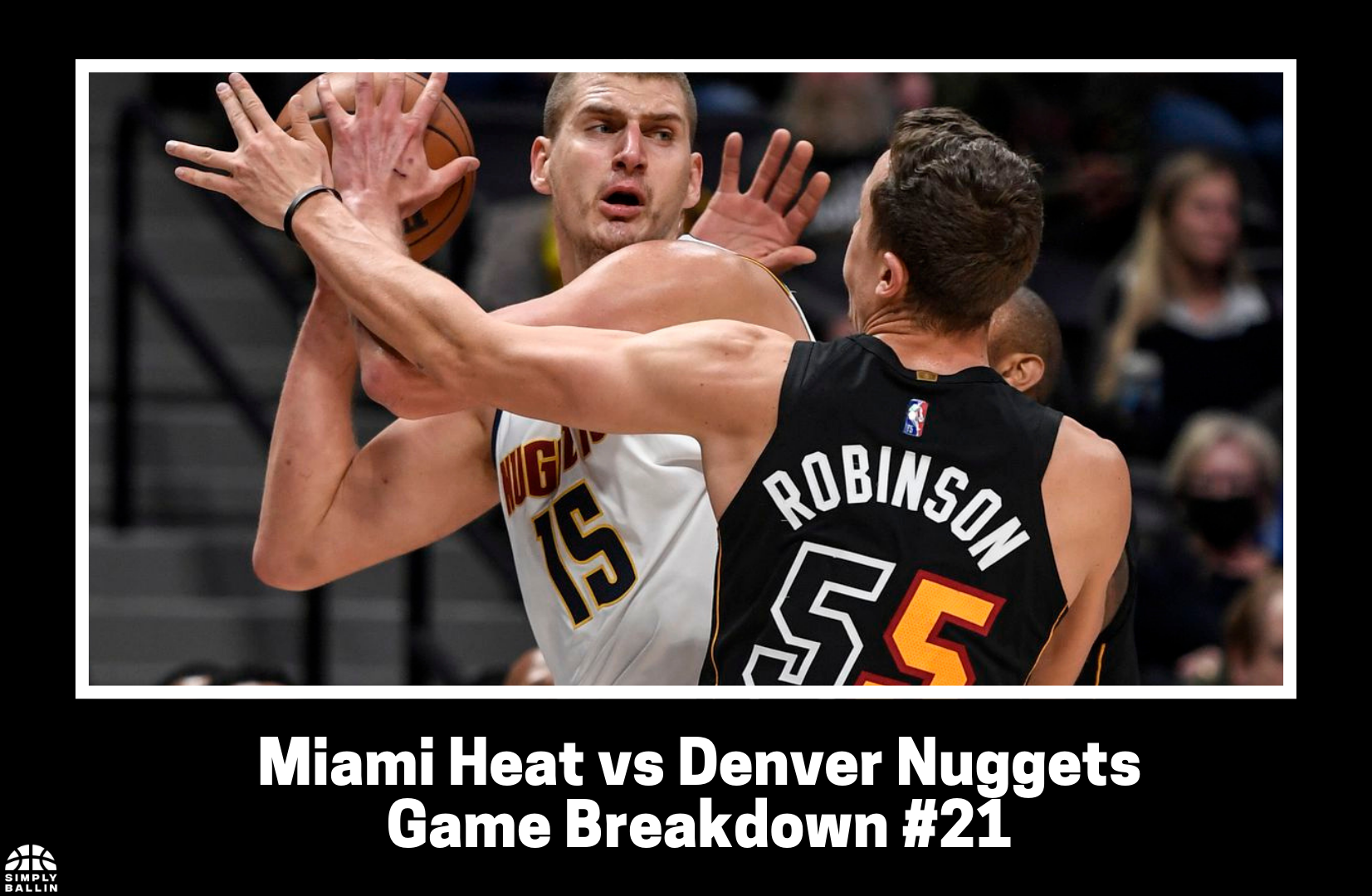 Welcome to Simply Ballin's game breakdown of the Miami Heat. After each game, you will see my thoughts on the game, film breakdown, and other interesting bits that stood out to me.

Any overreaction to this game is irrelevant.

The Heat were without Jimmy Butler and Tyler Herro, so it's hard to take anything out of this game.

Not only that but you also don't see teams go off for 51% shooting from deep on 35 attempts — especially when that team is the Denver Nuggets.

This is one of those outliers again.

With that being said there are still some things to talk about — there were still things that went well, things that went bad, and some general discussion on the team's play without their star scorers.

It's surprising that they only lost by nine and were also crawling back at times.

It shows that this team does have capable players that can step up when needed, which is a great sign for this team.

You are without your star players that combine for around 45 points on 33 attempts, so where do you get your offense?

Well, for starters, your immediate thought should have been your next two top players — Bam Adebayo and Kyle Lowry.

And they did their part, at times.

Adebayo had a slow start to the game — 7 points on 2-7 shooting in the first half — before he started to heat up in the third quarter.

In the third quarter, he went off for 15 points on 7-10 shooting and one trip to the line.

He finished that quarter with 15 pts on 7-10 shooting pic.twitter.com/qgEXL6pG18

It's good to see Adebayo taking those mid-range shots with such confidence and simply pulling into them with no hesitation.

Would you have guessed that the second-leading scorer was Max Strus?

Strus did end up with 19 points on 6-12 shooting — all shots from downtown — but he did more than just put up points. Yes, that's impressive, but we know he can get hot at times.

And in games like this, other things are more important than the total points.

Good skips to Lowry and lobs for Bam pic.twitter.com/3uuawjb8Ps

He's been making some good decision-making off the ball and when he had the ball in his hands and had to do more than just shoot.

Lowry also had a solid game of his own — finished with 17 points and 14! assists on 5-9 shooting. Again that itself is impressive but in the games without Butler and Herro, other smaller things are also key.

One of which was drives and rim pressure.

Good things happen when you drive

This game he had 18 drives!

We need this Kyle pic.twitter.com/t23JMeutnS

With both the top scorers that can get downhill and attack the rim, someone had to step up. As you can see, Lowry has been third all season long with around seven drives per game, but here, he more than doubled that.

Lowry wasn't the only one that did so.

I've been impressed with Vincent especially with the past few games — and even more since Herro has been out.

He took the "next man up" mentality to another level. After needing his performance against the Chicago Bulls, he followed that performance by giving the team 14 points with 4-9 from deep.

I don't care if some of these were misses

I've been impressed! with Gabe lately

Not only has he stepped up scoring wise with Herro out but he's been getting to the rim, collapsing the defense, making those kick outs and cutting well

This is exactly what the Heat needs pic.twitter.com/FvVC1dOzT2

Another player who's been impressive, which is a good and a bad thing at the same time, is Caleb Martin.

It's great to see him perform like this and give the team this type of energy, but it's a shame because he's on a two-way contract.

But he does so many little things well, and surprisingly, he was second on the team in attempts.

He just did all the little things well. Got out in transition for dunks, made the right cuts, slips for lobs and even attacking mismatches to get to the rim pic.twitter.com/v2BYPHVPqf

Finally, saving the best for last because everyone should know what the topic is.

After making his first three in the first quarter, he went off for... missing his next eight shots.

What's frustrating me about Duncan is how he, imo, improved in getting open looks and how he added more cuts, more counters and more screening actions

His off ball activity and what he does looks better

The overall improvement to his game IS there, he just gotta make them now pic.twitter.com/G1s68CNVaN

He's improved in the things every fan wanted him to get better at on offense and he's doing the thing that he was doing well! That's annoying.

And if you want to see more film examples of Robinson, check out that thread that I've linked so far.

It was one of those days on the defensive end.

And some of the players that were getting hot have been not hot at all recently.

This goes to the Nuggets team in general. Before the game, they were 27th! in 3pt percentage, 21st in makes, and 17th in attempts.

They didn't just get hurt because the Nuggets got hot, which was a big reason though

However, the fact that over 80% of 3s are open is a problem

This was a combination of a number of things — simply lazy and poor effort on close-outs, overhelping, and switching which leads to mismatches and doubles.

That's the problem especially with a team that has Nikola Jokic.

He finished with 24 points on 9-14 shooting and 7 assists. He is too dangerous to have him go one-on-one and with the Heat switching a lot, there is always extra help — whether it's a double or weakside defenders pre-rotating.

That's a bad decision because it's Jokic. If he gets doubled or notices a weakside defender move slightly into the paint, that's a bullet point pass to the open man.

Finally, the Nuggets did also get to the line for 21 free throws, had seven players in double digits, and almost three players with 20 or more. 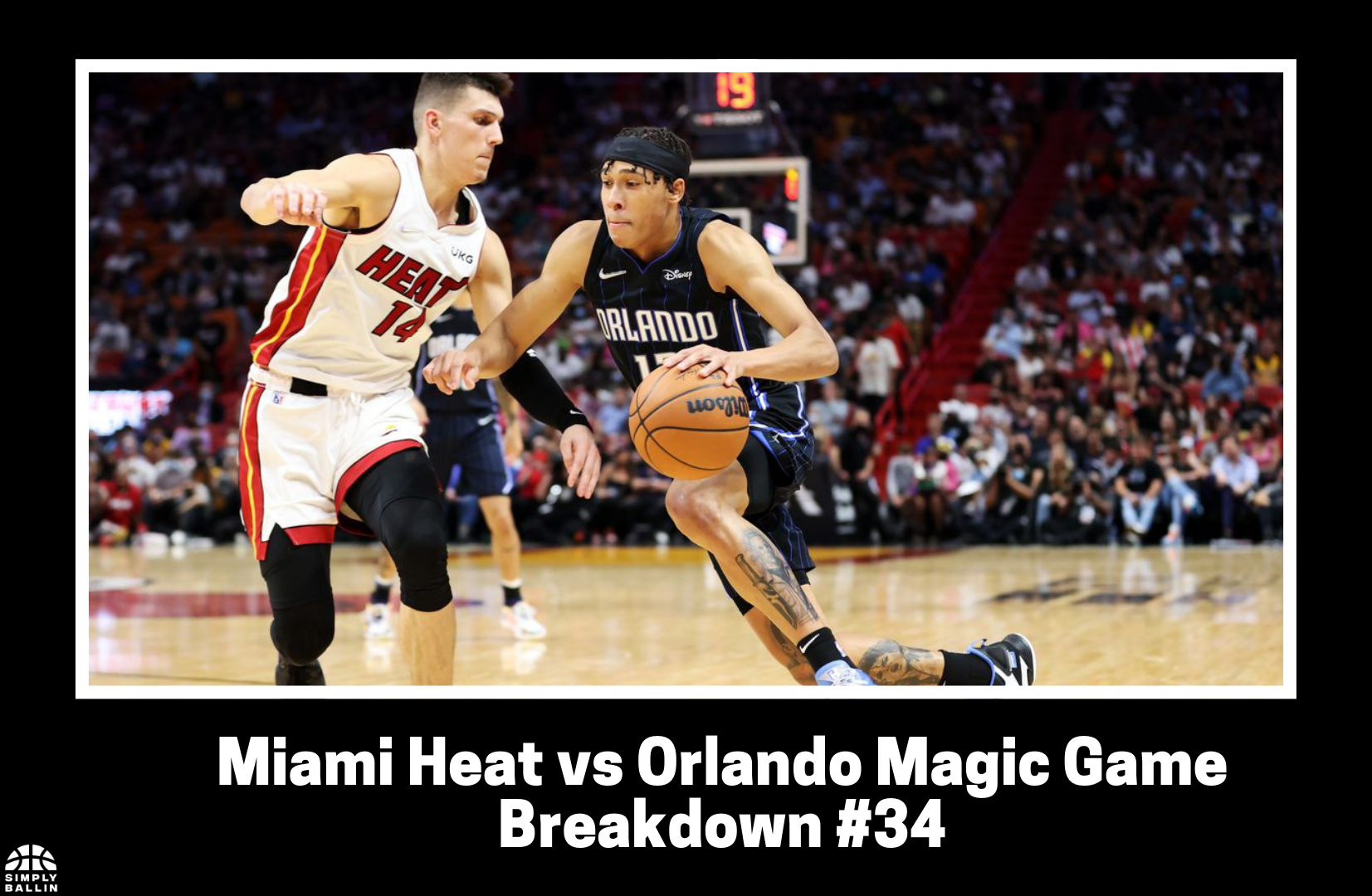 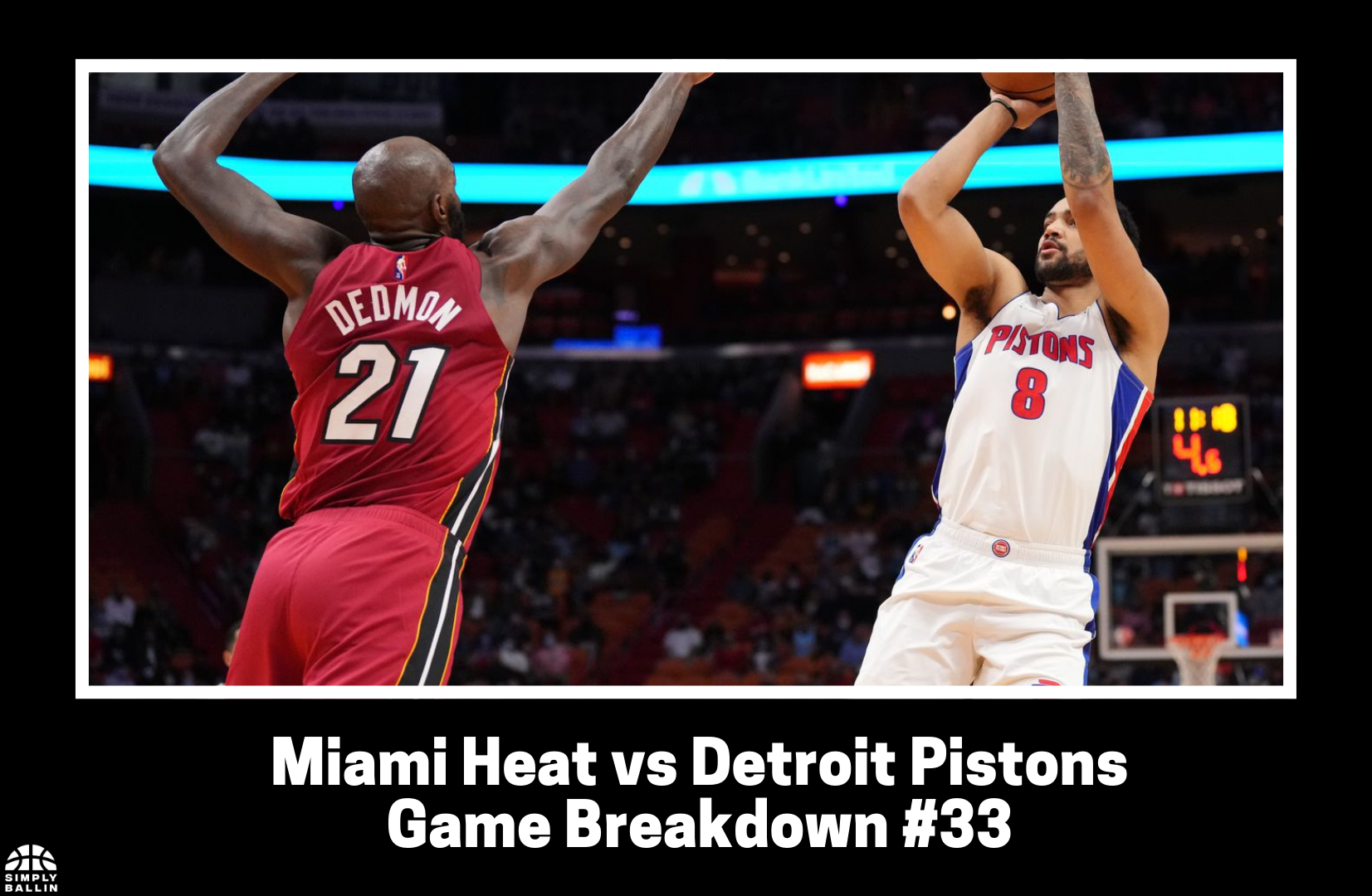 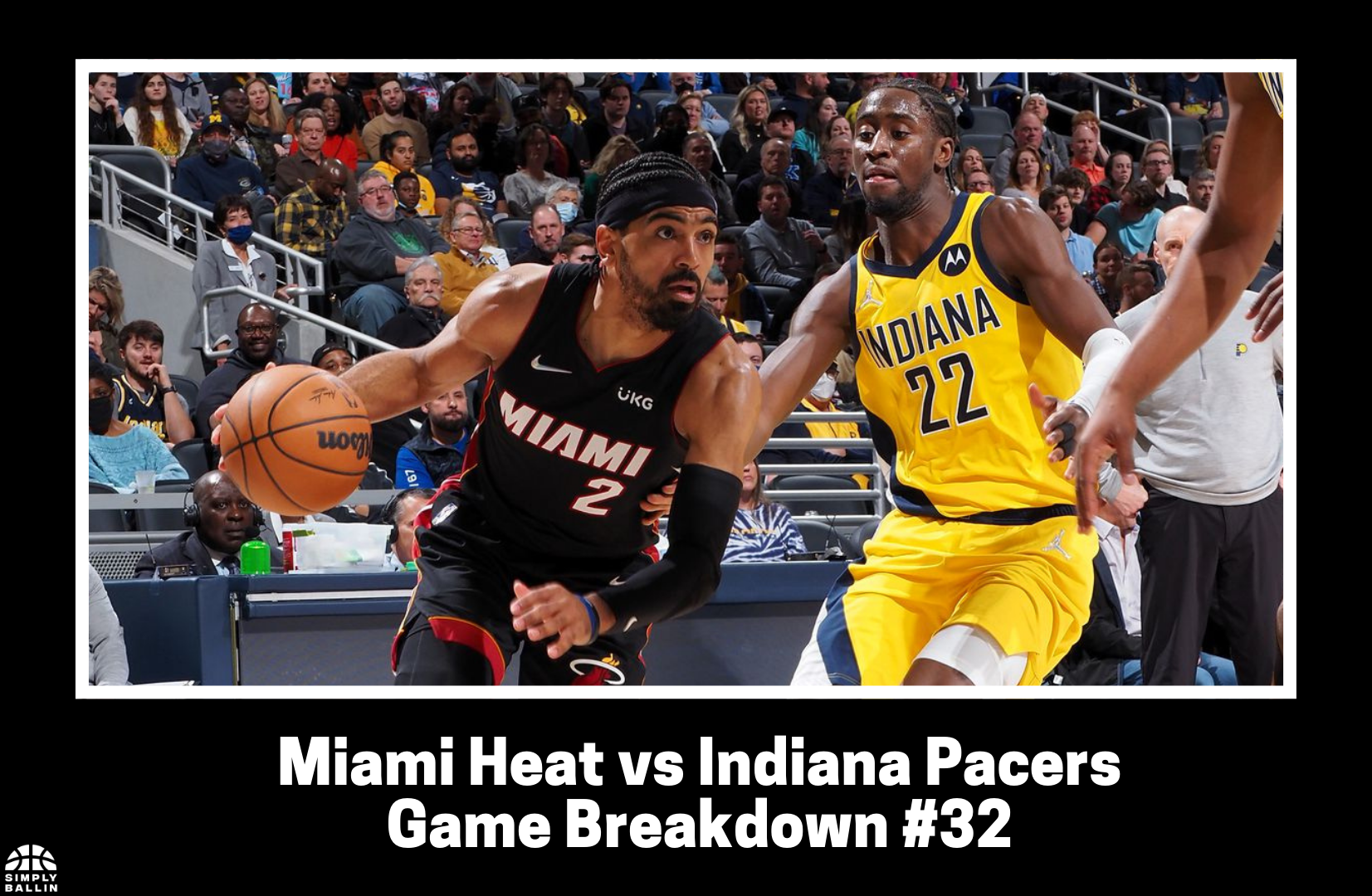 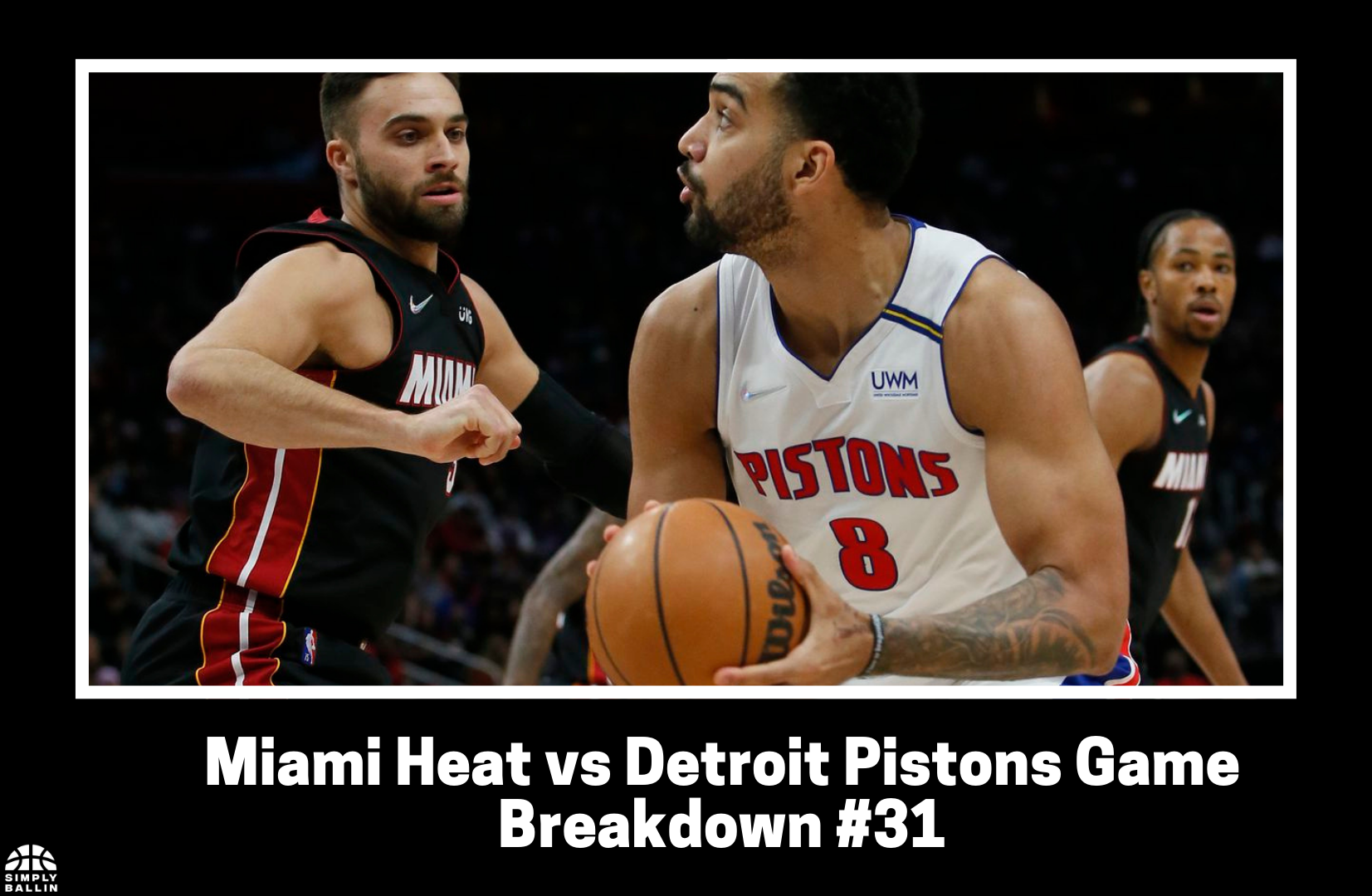